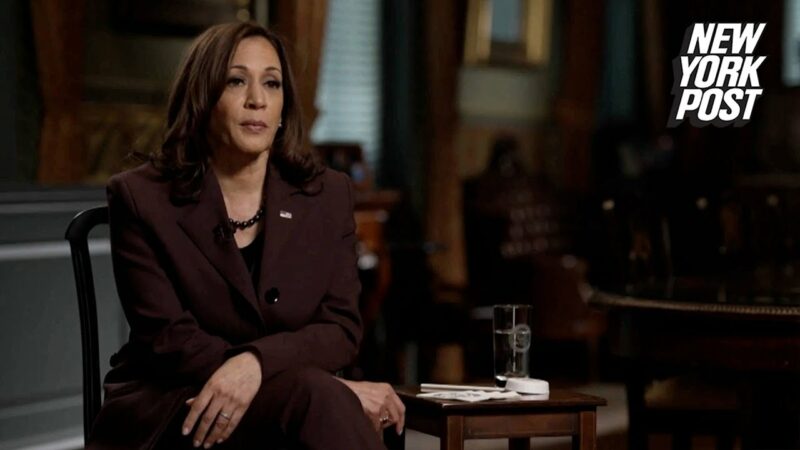 In a Sunday interview with Margaret Brennen on Face The Nation, Vice President Kamala Harris stated that the biggest security challenge facing the U.S. is the nation’s democracy.

During the episode of “Face The Nation” which aired on Sunday, Harris discussed the many challenges President Joe Biden’s administration is dealing with as 2021 comes to an end. She spoke about the rise in COVID-19 cases due to the Omicron variant, Biden’s plans to get Americans vaccinated, Democratic West Virginia Sen. Joe Manchin’s opposition to the Build Back Better Act as well as election policies.

Harris also discussed national security, with Brennan asking the Vice President, “What do you see is the biggest national security challenge confronting the U.S.? What is the thing that worries you and keeps you up at night?” Harris replied, “Frankly, one of them is our democracy. And that I can talk about because that’s not classified.

“I think no question in the minds of people who are foreign policy experts that the year 2021 is not the year 2000,” Harris continued. “[W]e are embarking on a — a new era where the threats to our nation take many forms, including the threat of autocracies taking over and having outsized influence around the world. And so I go back to our — our point about the need to fight for the integrity of our democracy,” Harris said.

Earlier in the conversation, Harris had said that 33 state laws were “making it difficult for the American people to vote,” arguing they represented a threat to “one of the most important pillars of a democracy, which is a free and fair election.”

Harris also touted the John Lewis Voting Rights Advancement Act and the Freedom to Vote Act, which she believes would ensure that citizens have “unfettered access to their right to vote” and safeguard “the integrity of our democracy.”

The two bills being opposed by Congressional Republicans, seek to bring into effect automatic registration provisions for voting and make Election Day a national holiday, among other things.

Harris argued that “climate crisis” is another security issue the Biden administration prioritizes and is looking to “to re-enter … the Paris Agreement” and work with the U.S. allies in Europe.
Subscribe
Login
2 Comments
Oldest
Newest Most Voted
Inline Feedbacks
View all comments

The biggest threat is occupying the WH right now, supporting all of our enemies! She should go back to sucking and fucking. That’s all she’s good at.

No Kameltoe, YOU are the biggest threat to the US. OK, perhaps the second biggest.