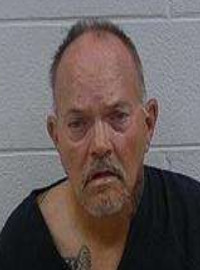 Alabama Man Celebrates Christmas With Edibles And A Night In Jail

An Alabama man was arrested on Christmas Day for driving too slow after eating Delta 8 gummies.

Kevin Dwayne Hamilton, 55, of 855 Mountain View Ave., Sand Rock, Alabama, was booked and released on a $2,262 bond after he was arrested during a traffic stop around 8 p.m. on Christmas day, he was charged with a misdemeanor DUI Drugs Less Safe and Impeding the Free Flow of Traffic.

According to Polk County Police reports, several people called 911 about a blue Chevy Siverado traveling very slowly down the Piedmont Highway. When officers located the vehicle, Hamilton was driving 30 mph in a 55 mph zone, the police report also noted that when they tried to pull him over, Hamilton made a “wide turn while conducting the turn” onto Little Harmony Road.

During the traffic stop, Hamilton’s erratic behavior led officers to conduct a field sobriety test to determine whether he was fit to drive. It was at that time Hamilton “then admitted to eating two Delta 8 edibles within the last 4 hours”  the edibles were gummies, per an additional officer report.

Hamilton was taken into custody without further incident, a family member came to the scene and took possession of Hamilton’s vehicle. Additionally, police had his blood drawn for evidence.

Are gummies the same as Jello shooters?