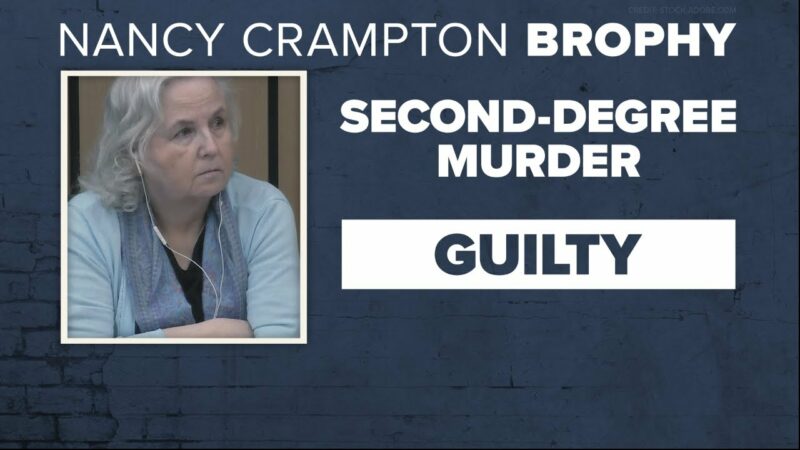 “How to Murder Your Husband” Novelist Guilty Of Murdering Husband

The author of an essay titled “How to Murder Your Husband” was sentenced to life Monday for murdering her husband.

Following a 7-week trial, a  jury convicted Nancy Crampton Brophy, 71,  for the 2018 murder of her husband, Daniel Brophy. She was sentenced to life in prison with the chance of parole after 25 years.

Brophy, 63, was killed on June 2, 2018, while preparing for work at the now defunct Oregon Culinary Institute. Prosecutors argued Crampton Brophy was after a life insurance policy. Police never found the gun, but Crampton Brophy owned the same make and model and was captured on a security camera entering and exiting the culinary institute.

Crampton Brophy wrote an essay in 2011 on how to commit an untraceable killing. Daniel Brophy’s son, Nathaniel Stillwater, testified during the sentencing.

“You are a monster and I’m ashamed that I have to admit to my children that people like you walk among us undetected. You lived in the shadow of a great human being.”