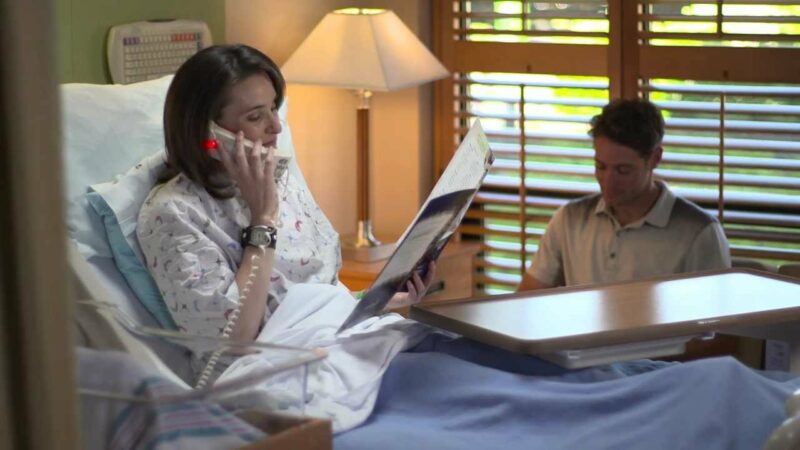 Hospital Shortage Means Many Childbirths Are Put On Hold

According to local reports, one hospital in New York is putting baby deliveries “on hold” after too many workers in the maternity unit quit over COVID mandates.

Lewis County Hospital in New York announced they will temporarily shut down the maternity center beginning September 29 because workers refused to get vaccinated.

Lewis County Health System Chief Executive Officer Gerald Cayer said in a press conference on Friday that there had been six employees in the maternity ward that chose to turn in their resignations as opposed to getting the vaccine, he added that there are another seven that have not yet decided if they will take the vaccine.

“If we can pause the service and now focus on recruiting nurses who are vaccinated, we will be able to re-engage in delivering babies here in Lewis County,” Cayer said.

Cayer said that since the vaccine was mandated for health care workers on August 23, there have been at least 30 workers at the hospital that resigned, 20 of whom were clinical workers such as nurses, therapists, and technicians.

While there have been 464 hospital workers at Lewis County Hospital to be vaccinated since the mandate there are 166 that have not yet been vaccinated.

“It’s just a crazy time,” Cayer told the paper, insisting that the hospital will not be closing its doors. “It’s not just LCHS-centric. Rural hospitals everywhere are really trying to figure out how we’re going to make it work.”