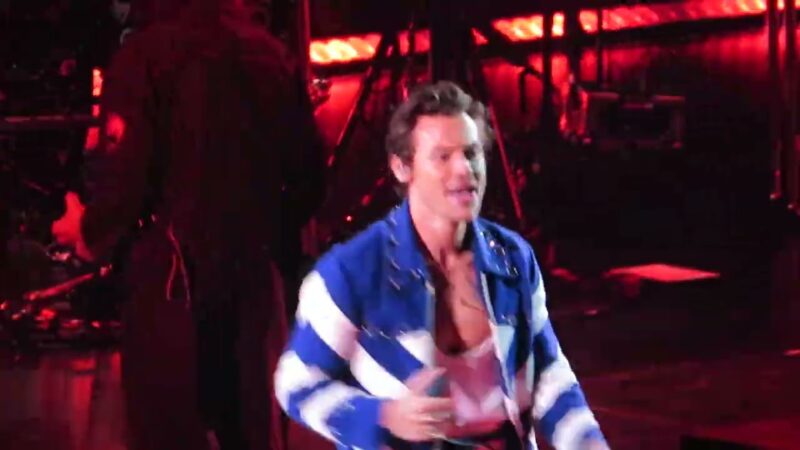 Harry Styles kicked off the first night of his Madison Square Garden residency by going out of his way to give relationship advice to a fan named Ingrid.

The pop star put the entire concert on pause to phone Ingrid’s ex-boyfriend from the stage, and the video of that call is going viral.

“Dear Harry Styles, my ex called after seven years — what do I do?” Ingrid inquired of the singer in a handwritten sign she held up at the concert. Styles put a hold on everything to address her while on stage and asked her a few questions about the duration of her ill-fated romance. The crowd erupted with excitement as the superstar learned Ingrid had been involved with a man named Josh for one year before they broke up.  Josh had suddenly resurfaced after 7 years, and Styles phoned him right then and there, from the stage, to see if he could get some answers.

The unexpected call generated tremendous excitement from the crowd. “Call him, call him!” they cheered loudly.

Styles leaned into the audience and asked permission to call Josh. “Do you trust me?” Styles asked Ingrid. She didn’t hesitate to pass her phone through the crowd to Styles on the stage. He dialed the number right from Ingrid’s phone and kept the microphone close to the speaker so the whole crowd could hear.

There was no response, so Styles returned the phone and gave some last words of advice. “Ingrid, I wish you all the happiness,” Styles said. “It’s not with Josh. There’s someone else who’s gonna treat you with respect. They’re gonna love you for who you are,” Styles said.