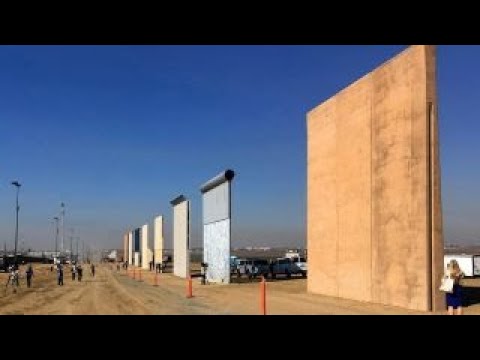 Five Republican senators say they will withhold their support from any omnibus spending package due to failure to sufficiently fund border security — specifically referring to a lack of funding for the wall at the southern border.

“The failure to provide sufficient resources is a continuation of the Biden-Harris Administration’s inability and unwillingness to acknowledge the humanitarian and national security risks created by its open-border policies,” they write in the letter. “We write to indicate that we will withhold support of any negotiated Fiscal Year 2022 omnibus funding agreement that fails to appropriately fund our nation’s border security.”

The Biden administration has blamed root causes like poverty and violence in Central America, while Republicans have blamed the rollback of Trump-era policies — including President Biden’s decisions to stop border wall construction, of which more than 450 miles were built during the Trump administration.

The five Republicans cite that, in addition to this, border wall funding was excluded from Democratic appropriation bills. The Homeland Security appropriation bill pulls $1.9 billion in wall funding and shifts it elsewhere. As a result, the bill assigns $14.5 billion in funding for Customs and Border Protection, down from more than half a billion dollars from the FY 2021 request — even amid the crisis at the southern border.

“Rather than continuing to waste taxpayer dollars on border walls while ignoring proven, more effective, and less costly investments to improve border security, these funds will be refocused toward innovative and cost-effective capabilities and will also provide critical investments to support CBP employees,” the bill summary states.

Republicans also pointed out that there is a $50 million earmark that would allow wall construction on federal land to be removed. They say this is despite “significant evidence” that wall construction is a “critical tool for America’s border security agents to combat illegal migration, drug smuggling, and human trafficking.”

They specifically point to Trump-era Department of Homeland Security (DHS) figures that show illegal entries dropped by as much as 87% in sectors where the wall had been constructed.

“The continuation of border security funding particularly continued funding for physical barrier construction, remains necessary during the continued immigration crisis,” they write. “As such, and in the defense of our nation, we will not offer support for any fiscal year 2022 omnibus agreement that omits this funding or authorizes the administration to remove previously constructed border security measures.”

Republicans have continued to press the Biden administration on the wall. Missouri and Texas have requested a preliminary injunction to force the continuation of the wall construction by the administration — arguing that the redirection of funds assigned by Congress was unconstitutional.

Forgive me If I’m wrong, but Trump secured the money for the wall. What happened to that money?