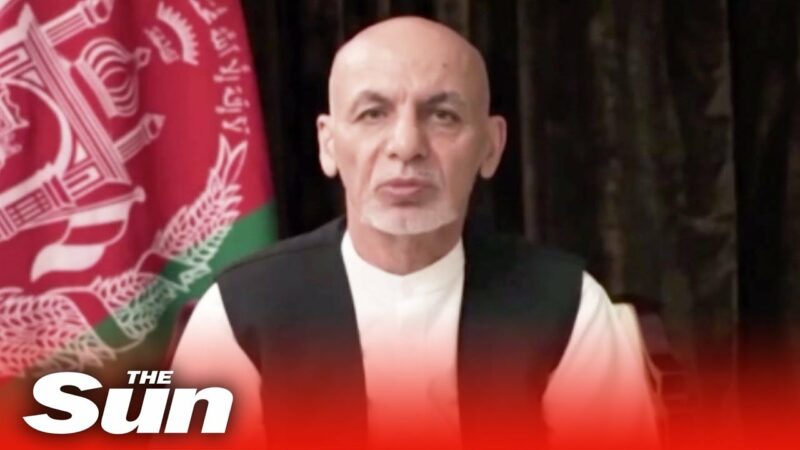 Former Afghan President Ashraf Ghani fled Kabul by helicopter over three weeks ago as the Taliban seized control of Kabul. On Wednesday he issued a statement of apology written to the people of Afghanistan.

“I owe the Afghan people an explanation for leaving Kabul abruptly on August 15 after Taliban unexpectedly entered the city,” Ghani started the letter posted to Twitter, however, the letter was written only in English.

Many Afghans believe that Ghani’s leaving so suddenly was an act of cowardice and they feel deeply betrayed by their leader.

Ghani fled to the United Arab Emirates, whose government welcomed him on humanitarian grounds.

“I left at the urging of the palace security who advised me that to remain risked setting off the same horrific street to street fighting the city had suffered during the Civil War of the 1990s. Leaving Kabul was the most difficult decision of my life, but I believed it was the only way to keep the guns silent and save Kabul and her 6 million citizens,” Ghani wrote in his statement.

“Now is not the moment for a long assessment of the events leading to my departure,” further adding “I will address them in the near future.”

Without leadership and even though the Afghan military greatly outnumbered the Taliban, the country was swiftly taken over.

There have been accusations of Ghani being engaged in corruption and widespread speculation that he left the desperate and helpless nation taking millions of dollars in cash with him when he left. Ghani adamantly denies the accusations.

“I must now address baseless allegations that as I left Kabul I took with me millions of dollars belonging to the Afghan people. These charges are completely and categorically false. Corruption is a plague that has crippled our country for decades and fighting corruption has been a central focus in my efforts as president.”

Ghani has been alleged to have been involved in corruption and bribery within his office and family. Independent investigations found that Ghani gave government contracts to immediate family members.

“I welcome an official audit or financial investigation under UN auspices or any other appropriate independent body to prove the veracity of my statements here,” Gahani wrote in his Sept, 8 statement.

According to analysts and U.S. veterans of the war, monies that should have gone to soldiers’ salaries were funneled into the pockets of officials. They further theorize the Afghan military lost confidence without the support of their president and the government behind them.

“I offer my profound appreciation and respect for the sacrifice of all Afghans, especially our Afghan soldiers and their families, through the last forty years,” Ghani said in his statement.

“It is with deep and profound regret that my own chapter ended in similar tragedy to my predecessors–without ensuring stability and prosperity. I apologize to the Afghan people that I could not make it end differently. My commitment to the Afghan people has never wavered and will guide me for the rest of my life.”