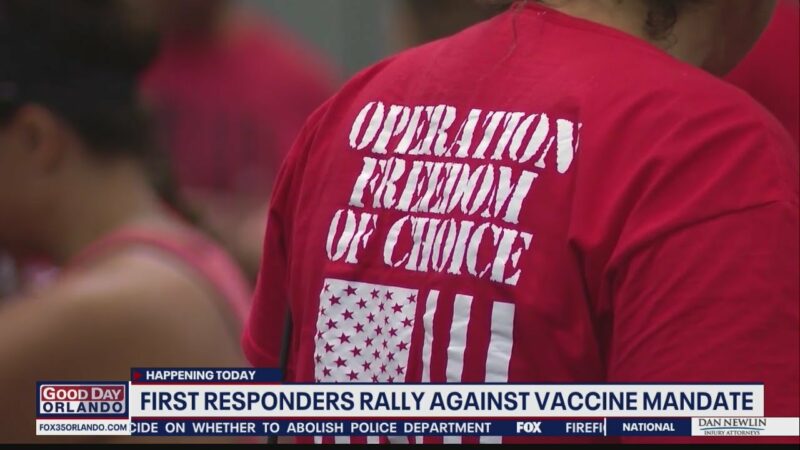 First Responders Threatened With Unemployment If They Don’t Get Vaccinated

President Joe Biden said on Thursday that first responders and police officers who do not comply with vaccine mandates should be forced to remain at home or be fired.

Biden announced a rule that requires either vaccine mandates or weekly testing for private companies with 100 or more employees in early September. The president also announced a much stricter vaccine requirement for federal workers and contractors in September limiting exemptions for unvaccinated individuals.

“As many as one-in-three emergency responders in some cities like Chicago, Los Angeles, right here in Baltimore, are refusing to comply with city vaccine mandates,” Cooper noted Thursday. “I’m wondering where you stand on that. Should police officers, emergency responders be mandated to get vaccines? And if not, should they be – stay at home or let go?”

“By the way … I waited until July to talk about mandating because I tried everything else possible,” Biden continued. “The mandates are working.”

Biden pointed to objections from airlines on vaccine mandates and noted that despite them, the majority “have gotten the vaccine.” He said rumors of people leaving the military over mandates is “not true” and criticized those trying “to make this a political issue.”

“‘Freedom,’” Biden mocked as he spoke about his concerns around the issue of mandates. “‘I have the freedom to kill you with my COVID.’ No, I mean come on. Freedom. Number one. Number two … the gross misinformation that’s out there.”

Biden doubled down, saying that there’s “so much misinformation” then wrapped up by pointing out Fox News’ vaccine rules, which require employees to upload their vaccination status or be tested. He said he finds it “fascinating” and joked that he’s at “3% favorability” at the network.