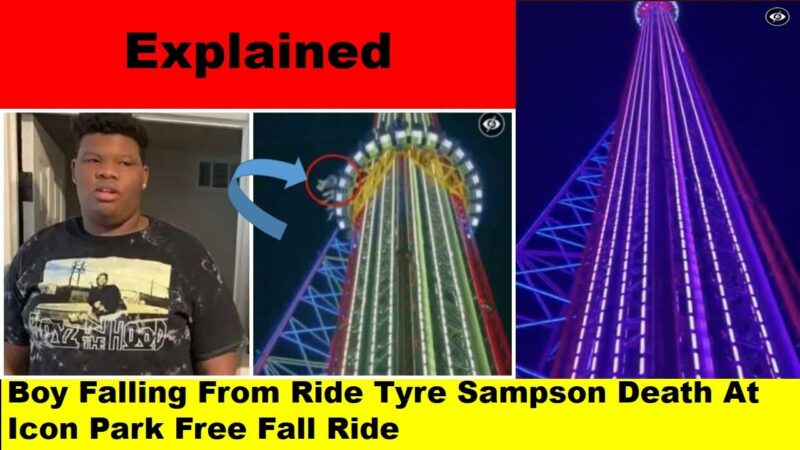 A ride safety expert said he believes that “someone killed” the teenager who died after falling off an amusement park ride in Florida and that charges should be filed in the teen’s death.

Ken Martin, an amusement park ride safety analyst and consultant said that he thinks the Orlando FreeFall incident is “criminal,” and argued that “somebody killed Mr Tyre Sampson.”

“I’m sorry. With all these circumstances, all these incidents that occurred, it’s criminal. Somebody killed Mr Tyre Sampson,” Martin said. There were “multiple causes” that led to the fall, he added.

“Once Mr Sampson got on the ride, the ride operator should have come around, attempted to pull the shoulder harness over him and lock it,” Martin said. “We all saw that. We know that the shoulder restraint did not come down where it was supposed to be and that, you know, is an issue.”

An employee filed an accident report stating that the seat harness was in the locked position after Tyre fell out.

“FreeFall was coming … down the tower. When the magnets engaged, the patron came out of the seat,” the employee wrote in the report. “Harness was still in a down and locked position when the ride stopped.”

The Florida Department of Agriculture and Consumer Services released its commissioned engineering report performed by Quest Engineering last week, which states that a “proximity sensor” for the harness Sampson was using was “manually loosened,” meaning Sampson was not properly secured in his seat.

Nikki Fried, Florida commissioner of agriculture and consumer services, said during a press conference last week that “maladjustments”  had been made to the seat’s proximity sensor allowing a safety light to illuminate, permitting Sampson to ride even though he was not “properly secured in the seat.”

“These maladjustments allowed the safety lights to illuminate – improperly satisfying the ride’s electronic safety mechanisms — that allowed the ride to operate even though Mr Sampson was not properly secured in the seat,” Fried said. “The report confirms that manual adjustments had been made to the sensor for the seat in question that allowed the harness’ restraint opening to be almost double that of the normal restraints opening range.”

Samson’s harness had a proximity sensor that “was manually loosened, adjusted and tightened to allow a restraint opening of near seven inches,” while the normal range is about three inches, according to the report.

The ride has been closed since Sampson’s death on March 24. Depending on the outcome of the department’s investigation, it could be closed for good, Fried said.