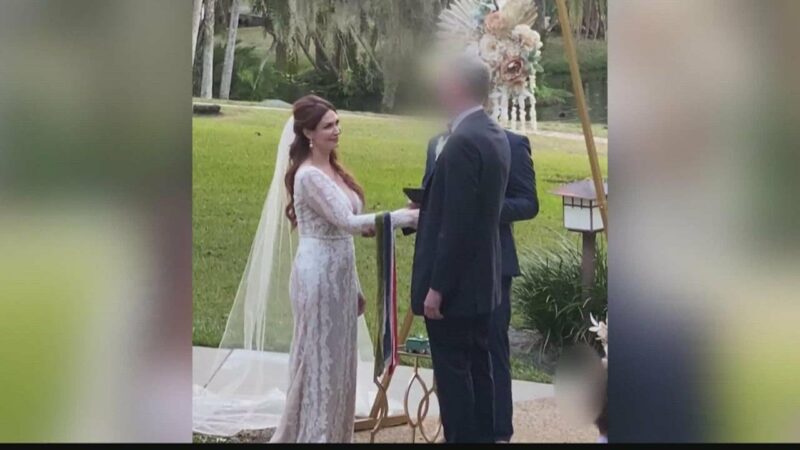 Bodycam footage has been released of a wedding where multiple guests fell ill after eating cannabis-infused food.

The video shows Seminole County sheriff’s deputies questioning guests and the groom after several guests were transported to the hospital after eating cannabis-infused food at the wedding in Springs Clubhouse, Longwood, Florida. The video opens with at least one person being taken away on a stretcher.

The sheriffs then instruct the catering company to stop packing away their equipment and to take several containers back inside the property. “We all have been affected somehow … by what was put in the food,” someone tells the officers.

“We’re trying to figure out who put it in the food, whether it was a guest or the catering company,” the officer responds, telling the guest, “ I would not drive in your condition,” and instructs them to use a rideshare service.

“Apparently, supposedly, your food had cannabis inside of it when your guests ate it. Did you guys authorize that?” the officer asks the bride and groom. “I have no idea,” the groom responded.

“I just need a yes or no… did you guys authorize it for the catering company? To have cannabis placed in the food?” The officer asked. The groom then suggests that the wedding guest had their own edibles.

All of the guests’ faces are blurred in the video except for the bride, Danya Glenny, who can be seen smiling throughout the interrogation. Glenny and the caterer, Joycelyn Bryant, were subsequently charged with tampering, culpable negligence and delivery of marijuana after law enforcement found Tetrahydrocannabinol (THC) in the lasagna and bread served at the wedding.