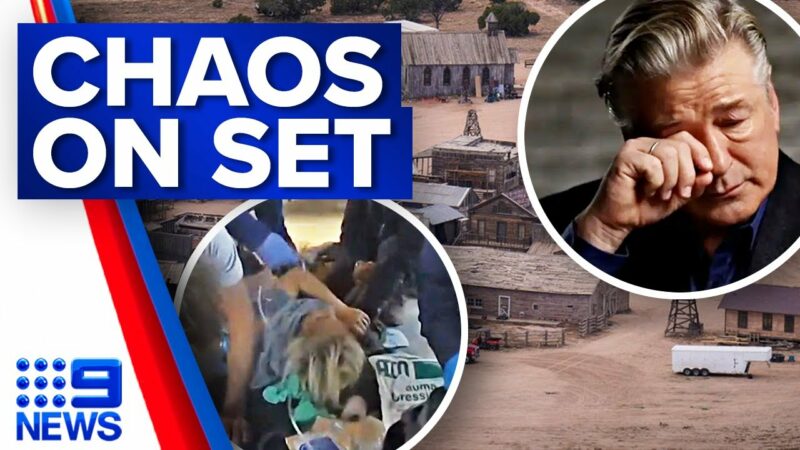 Baldwin and his crew can be seen sitting outdoors and Baldwin can be heard saying, “what’s her story?” referring to Hutchins’ condition. A male voice replies “a little bit rougher.”. The police officer said the bullet “went through her right underarm and the exit point was on her back left shoulder blade.” A crewmember asked if the wound was life-threatening. “Enough to get air flight,” the officer said.

Baldwin asked the officer “why did they wait so long to take her?” The officer replied, “Because we have to stabilize, for every narcotic and everything they administer they have to wait a certain period.” The officer assured Baldwin and the crew that “the flight medics are trained ER techs, so she’s in good hands,” according to the video.

Police can be heard asking about Baldwin’s involvement at the time of the shooting. “I was the one holding the gun, Baldwin said. “Whatever you want to do,” he said. “I’m happy to stay right here.”

The video shows the officer asking Baldwin if he wanted to remain there or wait in the cruiser. Baldwin replied, “I’ll wait right here,” as he asked a member of his crew to pass him a cigarette. “My hands are shaking,” he could be heard saying.

During an interview with investigators, Baldwin asked, “am I being charged?” The investigator told him that he was not being charged. “We’ve done this for two weeks, and we did it the right way every day,” Baldwin continued.

Halyna Hutchins was airlifted to the University of New Mexico Hospital where she succumbed to her injuries on October 21, 2021.