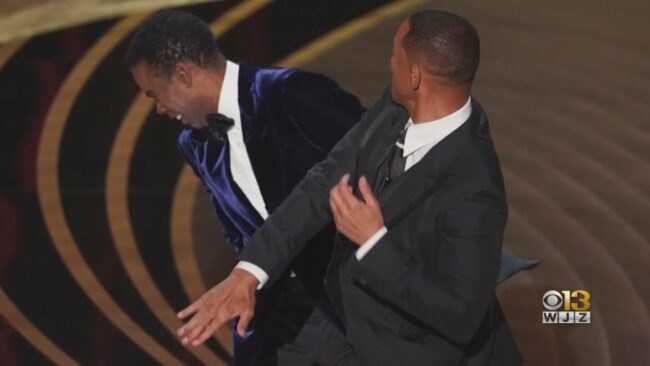 Chris Rock Comments On Getting Slapped To Sold-Out Show

Chris Rock spoke about the moment that Will Smith walked onto the stage and slapped him during the Oscars on March 27, to a sold-out show at the Lyric Performance Arts Center in Baltimore.

“I’m alright. I’m alright. Healed from the nicks and bruises … for the most part,” he said. Rock did not elaborate any further about the incident, but this light comment was the first time he had addressed the slap in front of an audience.

The 94th Annual Academy Awards was the stage for the shocking moment in which Smith stormed the stage and slapped Rock’s face, in an unexpected response to a joke Rock made about Smith’s wife, Jada Pinkett Smith. Rock related Jada’s bald head with the G.I. Jane movie. He was supposedly unaware that Jada Pinkett Smith suffered from alopecia.

Rock had jokingly said he wouldn’t speak publicly about the slap, “Until I get paid.”

Rock’s mother, Rosalie Rock, has already shared her opinion on the matter, calling out Smith for his behavior.

“When he slapped Chris, he slapped all of us,” she said. “He really slapped me.”