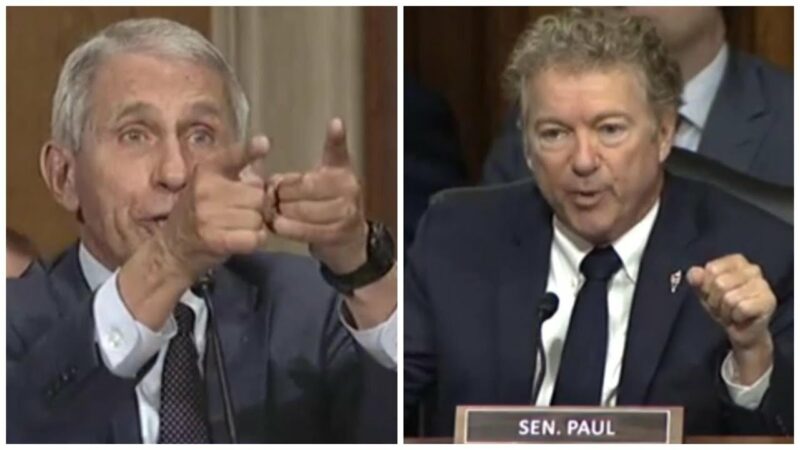 Dr. Anthony Fauci, head of the National Institute of Allergy and Infectious Disease, as well as several other top scientists, was warned that COVID-19 may have been created by gain-of-function research in early 2020, according to email transcriptions released Tuesday by Republicans on the House Oversight and Government Reform Committee.

Two scientists, Michael Farzan of the Scripps Research Institute and Robert Garry of Tulane University, noted properties of the virus that they believed indicated enhanced transmissibility originating from gain-of-function research.

The concerns of both men were submitted to Fauci, then-National Institutes of Health head Francis Collins, and then-NIH Principal Deputy Director Lawrence Tabak in an email from researcher Jeremy Farrar sent on Jan. 31, 2020. The emails were first uncovered in June 2021, however, they were released with many redactions. Due to classification rules, the emails could only be viewed by the Republican committee members and staff, who could then take notes and transcriptions in a classified setting.

Farzan was “bothered by” SARS-CoV-2’s furin cleavage site, which he considered “highly unlikely” to have been created in “an event outside the lab,” according to the transcriptions. The existence of a furin cleavage site, which allows the virus to become more transmissible, has been cited by several proponents of the lab leak theory, since the two closest known relatives of SARS-CoV-2, RaTG13, and BANAL-236, do not have the site.

Farzan argued that a probable scenario for the creation of the furin cleavage site was the “passage [of] SARS -live CoVs in tissue culture on human cell lines (under BSL-2) for an extended period of time.”

Garry cited the similarities between SARS-CoV-2 and RaTG13, then the closest known relative to SARS-CoV-2, which was found in a cave in Yunnan Province in 2013. The protein sequence would “all have to be added at the exact same time to gain” the enhanced transmissibility, he wrote, adding, “I just can’t figure out how this gets accomplished in nature.”

“Of course, in the lab, it would be easy to generate” the missing protein sequence that separates SARS-CoV-2 from RaTG13, Garry pointed out.

Garry later downplayed the possibility of the lab leak hypothesis, saying in June 2021 that there was no evidence to support the theory.

Emails between Fauci and other scientists noting concern about a lab leak have previously been reported. Kristian Andersen, an infectious disease expert at Scripps, wrote to Fauci in an email, also in January 2020, that “some of the [virus’] features (potentially) look engineered.” Andersen would back peddle just days later in an email addressed to Peter Daszak, the head of EcoHealth Alliance, slamming “crackpot theories” that COVID-19 is “somehow engineered with intent.”

Following a Feb. 2, 2020 conference call, Dutch virologist Ron Fouchier, who has conducted gain-of-function research on influenza viruses, was concerned that focus on a lab leak “would unnecessarily distract top researchers from their active duties.”

Debate on the subject would also “do unnecessary harm to science in general and science in China in particular,” he wrote, following his argument against a lab leak that appeared to convince Collins.