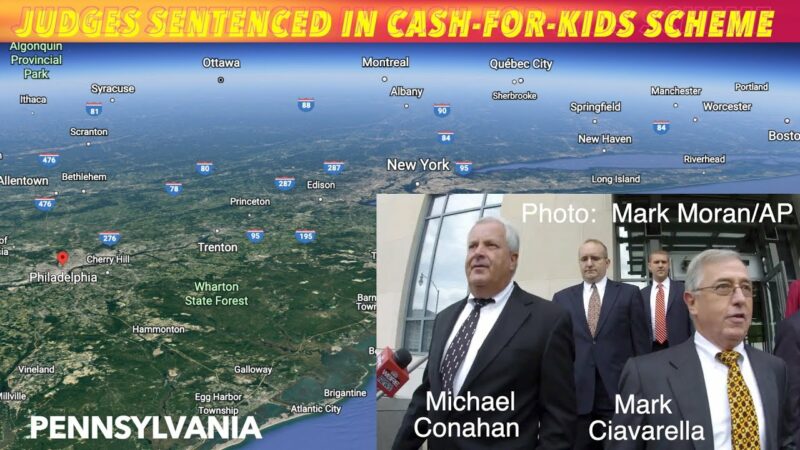 Former Luzerne County Judges Mark Ciavarella and Michael F, Conahan both sentenced young children to a for-profit jail in exchange for $2.8 million in payments from the owner of the penitentiaries while at the same time shutting down a county-run juvenile detention center.

“Ciavarella and Conahan abandoned their oath and breached the public trust,” Judge Conner wrote in his judgment. “Their cruel and despicable actions victimized a vulnerable population of young people, many of whom were suffering from emotional issues and mental health concerns.”

Ciavarella sent children as young as eight years old to the facility for crimes such as petty theft, sometimes the children were not allowed to say goodbye to their families. The former judge was previously convicted in 2011 and sentenced to 28 years in jail for taking $1 million in kickbacks from the builders of for-profit jails.

Conahan was sentenced to 17 years in prison but was released to home confinement 11 years into his sentence due to the COVID-19 pandemic. When the scheme was uncovered, the Pennsylvania Supreme Court overturned nearly all the juvenile delinquency cases heard by Ciavarella.

“To have an order from a federal court that recognizes the gravity of what the judges did to these children in the midst of some of the most critical years of their childhood and development matters enormously, whether or not the money gets paid,” Levick said.