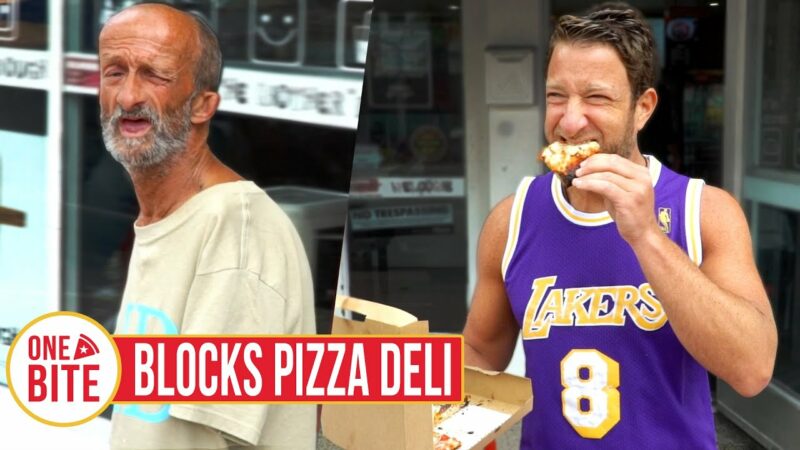 Barstool’s Dave Portnoy said he knew recognized the armless, homeless man charged with stabbing a tourist, as the same man that heckled him during a recent pizza review.

Jonathan Dale Crenshaw, a homeless man from South Beach, Florida, was arrested Tuesday for aggravated battery after he stabbed Chicago native Cesar Coronado with a pair of scissors…..using his feet.

Coronado had asked Crenshaw for directions before Crenshaw suddenly stabbed him in the arm and ran off.

“I’m not from here, and this is not what I came for,” Coronado said. “I came for a vacation. I just said, ‘do you know where this is?’ but as soon as I talked, the only thing he reacted was — he just cut me.”

Authorities located Crenshaw close by. He claimed that a man snuck up on him and hit him in the head, so he stabbed him in self-defense.

Portnoy then shared a video from a pizza review in which he was describing a slice of pizza when Crenshaw started heckling him.

“And don’t forget to give it to a crack addict,” Crenshaw scowled at Portnoy while looking at the pizza, before walking away with a suitcase.

“How’s he pulling that? Is it hooked?” Portnoy said, appearing shocked.