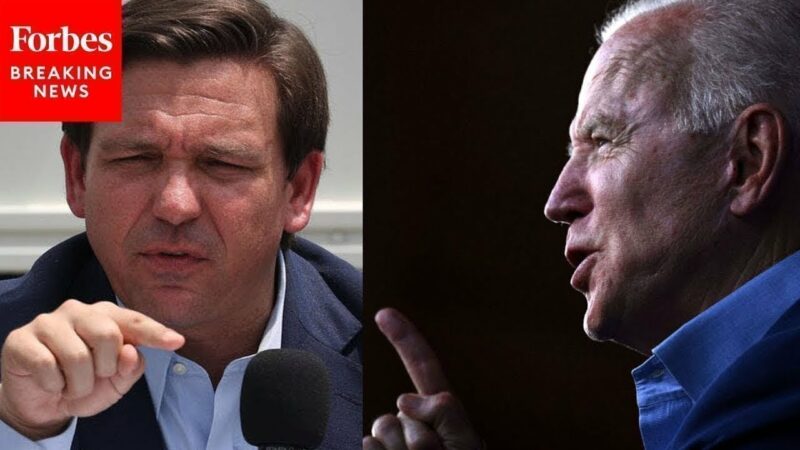 DeSantis Takes A Jab At Biden With New Hilarious Nickname

Florida Gov. Ron DeSantis labeled the Biden administration the “Brandon administration,” drawing from the popular meme that has liberals in a conniption.

Cheers and chants of “Let’s go, Brandon” broke out after DeSantis made the joke while speaking at an election integrity press conference in Palm Beach Wednesday morning.

DeSantis spoke about issues facing conservatives, such as Big Tech, the Republican gains in Virginia on Tuesday, and corporations’ “woke agenda.”

“If you look at all the things that are going on, you see Big Tech, you see the corporate media — although they weren’t too happy with Virginia last night,” DeSantis said. “If you look at that. If you look at what’s going on with some of the big corporations with their woke agenda.”

The meme of “Let’s go, Brandon” gained popularity after an NBC reporter used the phrase by mistake when describing a NASCAR crowd chanting “F— Joe Biden.”

Since then, the phrase has swept the nation as an amusing way of expressing dissatisfaction with the Biden administration.

Juan Williams is a pile of Liberal Excrement and should be rejected as Fecal Matter in a sewer !

1st thing obiden ever did! started a movement! not the bowel kind either.