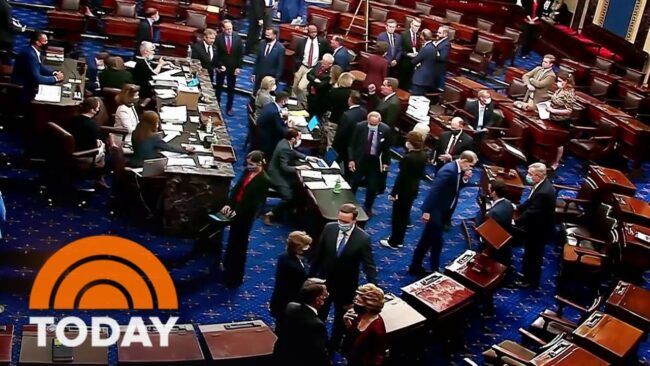 A Surprising Outcome In The Vote For Bipartisan Infrastructure Bill

Friday night The House passed the bipartisan infrastructure bill after a grueling standoff between House Speaker Nancy Pelosi and left-wing members of her party that had vowed to oppose it without voting on President Joe Biden’s $1.75 trillion spending package in tandem.

The package passed on a 228-206 vote, with 13 Republicans and 6 Democrats breaking party lines to vote for and against the bill respectively. The bill passed after a down to the wire deal between the far-left Congressional Progressive Caucus, moderate Blue Democrats and the Congressional Black Caucus allowing the House to pass the infrastructure bill and adopt the rule governing the budget’s debate.

While the final hour agreement allowing for a successful vote looked a lot like the original offer from Democratic leadership, it included a written agreement from moderates backed by Biden that they would vote for the broader spending package if the CBO score was in line with White House estimates.

Democrats had originally insisted on voting on both Biden’s budget and the infrastructure bill together on Friday, but their plans were forced to change when a handful of moderates wouldn’t budge if it came to voting for the budget without ascore from the Congressional Budget Office, which leadership said could take weeks to calculate. When leadership said that the House would vote on the rule outlining the budget’s debate and not final passage and then vote to pass the infrastructure bill, Washington Rep. Pramila Jayapal, the chair of the Congressional Progressive Caucus, objected.

“As we’ve constantly said, there are dozens of members whowant to vote both bills … out of the House together,” Jayapal said in a statement. “We now understand that there are six Democratic members who want a formal CBO score on Build Back Better before voting.”

“If our six colleagues want to wait for a CBO score, we would agree to give them that time – after which point we can vote on both bills together,” Jayapal concluded.