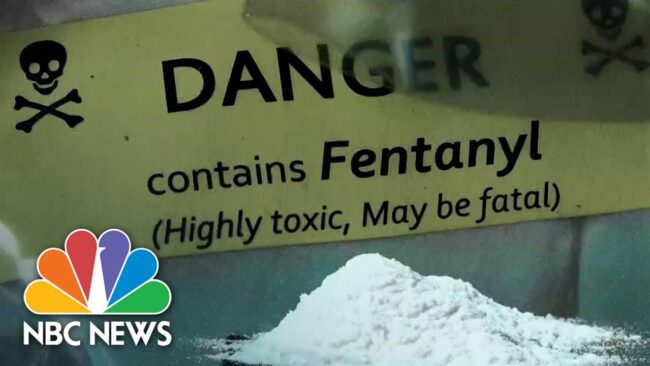 The U.S. is currently suffering an epidemic of overdose deaths caused largely by fentanyl and the Drug Enforcement Administration (DEA) is warning state, local and federal law enforcement of a surge in “mass-overdose events.”

“The DEA is seeing a nationwide spike in fentanyl-related mass-overdose events involving three or more overdoses occurring close in time at the same location,”  the DEA said in a letter sent to law enforcement offices across the country on Wednesday.

Austin, Texas; Omaha, Nebraska; St. Louis, Missouri; and Washington, D.C, have all seen recent incidents of mass overdose, according to the DEA.

In Minnehaha County, South Dakota, Sheriff Mike Milstead said in a DEA press release that cartels are strategically distributing drugs throughout the country and he believes that the incidents aren’t random.

“Fentanyl poisonings are at an all-time high,” Milstead said. “These are not isolated incidents. These are happening in every state and every county in America, leaving behind grieving families. Let us be clear: These poisonings are part of a strategic maneuver by the cartels and it must be stopped. The nation’s Sheriffs appreciate the spotlight that the Drug Enforcement Administration has put on this horrifying spike of fentanyl poisonings and is committed to putting an end to this tragic trajectory.”

The letter went on to say that law enforcement should contact the DEA “right away” if a mass overdose incident occurs in their area, so resources such as special agents, intelligence analysts and chemists will be available to help them.

The DEA also warned that law enforcement should “assume that all drugs encountered during enforcement activities now contain fentanyl,” given its “extreme toxicity and the increases we are seeing.”

It’s estimated that over 100,000 people died in the U.S. from drugs during a 12-month period ending in Oct. 2021, according to the Centers for Disease Control and Prevention (CDC). Over 66% of those deaths were related to fentanyl, a synthetic narcotic 80 to 100 times stronger than morphine, or other synthetic opioids.

More people died in the country last year from fentanyl than guns and auto-related deaths combined.

The Biden administration has become the countries largest drug dealers. All brought you by voter fraud.

The clearing up of America.