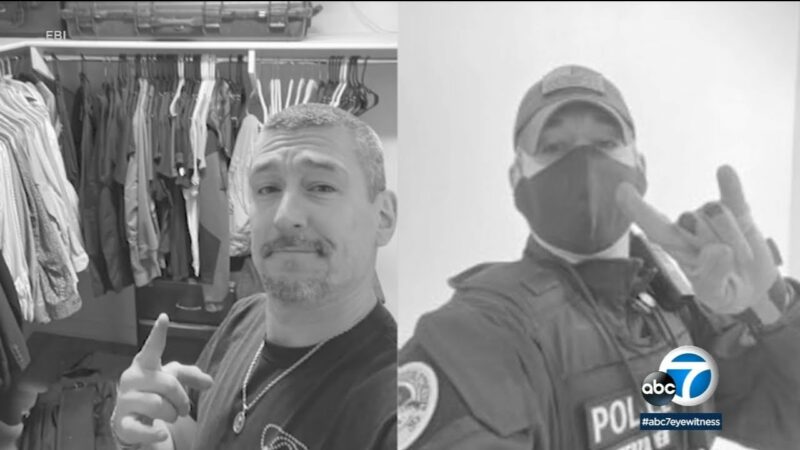 Two men are facing charges after posing as federal agents and giving extravagant gifts to members of the Secret Service, including one who was assigned to First Lady Jill Biden’s protective detail, according to court documents.

The FBI arrested Arian Taherzadeh, 40, and Haider Ali, 36, both of Washington, D.C., Wednesday on a criminal complaint charging them with the federal offense of False Impersonation of an Officer of the United States, according to the U.S. attorney’s office.

Taherzadeh bought their targets rent-free apartments, each costing $40,000 a year per apartment, iPhones, surveillance systems, drones, a flat-screen tv, an assault rifle case, a generator, and law enforcement paraphernalia, according to the court document. He also provided them with the use of what he said were “official government vehicles.” Taherzadeh offered to buy a $2,000 assault rifle for a Secret Service agent who was assigned to the first lady’s security detail.

One resident, who asked to remain anonymous, said that she knew one of the accused, and was not surprised to hear the news.

“He talked about how he … lived in the building and was a secret police and my sister thought it was weird because she works for the federal government, and he just talked about how … they put him here because he works with gang violence and … whatever happened at the Capitol brought him here,” she said.

“Me and my sister always thought it was like a weird story and I work in Navy Yard as a waitress on the weekends and I came back … and he was like belligerently drunk like all the time at like 3 or 4 in the morning, like just made everyone uncomfortable, would hit on like women in the building,” she continued.

The resident said she “always thought he was weird.”

“And I’m guessing one of the Secret Service members, I know it was a woman, so I don’t know if he had a relationship with her or not, that’s why they were so heavily involved, but it would make sense … He made a lot of people uncomfortable in our building by the way he acted towards women, so yeah not surprised,” she said.

Four members of the Secret Service have been put on administrative leave pending the outcome of the investigation, according to the court document.

The two are in custody and will appear in the U.S. District Court for the District of Columbia, the U.S. Attorney’s office said.