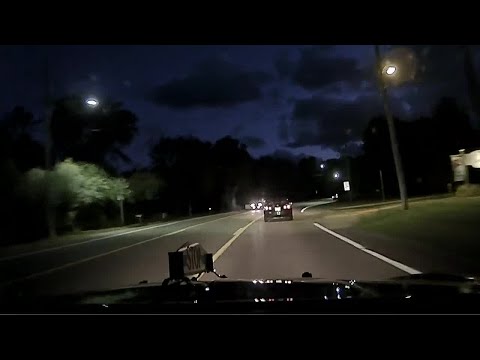 Dash camera video captured a majestic display of grace from a frightened deer just moments from disaster in Michigan.

A state trooper was driving at night near the town of St. Joseph, in southwest Michigan, when a group of deer came charging out of the tree line, a video shared by the Michigan State Police shows.

While the trooper slows down to let the animals pass, the sedan ahead of him seemed to be unaware of the deer.

One deer can be seen in the video crossing right in front of the sedan, making it to safety to the other side of the road.

Just when the sedan seems to be in the clear — headlights reveal another deer running directly toward the vehicle, video shows.

It seemed as though the deer was going to crash directly into the side of the car, but suddenly the animal takes off, leaping over the top of the car and landing unharmed.

Police shared the video as a reminder to drivers that deer season is here and to be watchful while on the road.