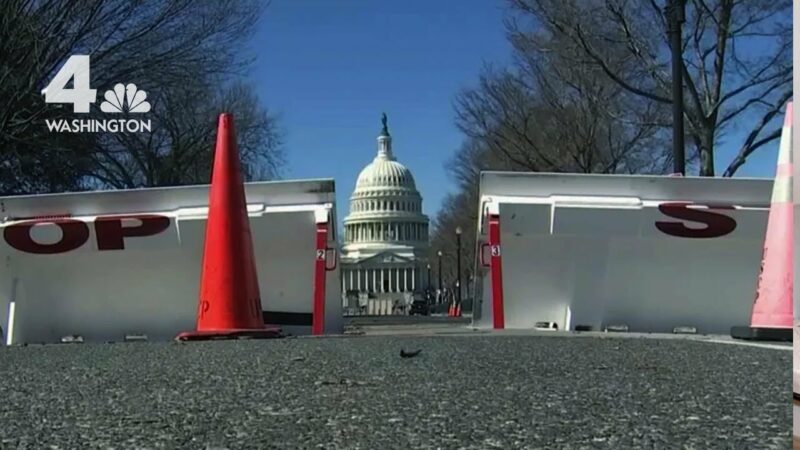 D.C. Police Have Been Blocking Access To Nations Capitol For Weeks

Hundreds of truck drivers continued to face major delays Wednesday while attempting to enter Washington, D.C. to participate in the “People’s Convoy” protest.

The truckers were in standstill traffic Wednesday afternoon on the 14th Street Bridge, with some drivers exiting their trucks to stand on the side of the road.

Drivers claim the police are responsible for the ongoing gridlock. D.C. police have blocked exits from the Beltway into the city for four miles between the Potomac River and Anacostia since the convoy arrived in the district two weeks ago.

The Metropolitan Police Department has closed several freeway exits in order to keep traffic moving safely through the city. The department alerted local residents to expect delays and closures.

“The District of Columbia was monitoring and prepared for demonstration activity this afternoon,” Homeland Security and Emergency Management Agency Director Christopher Rodriguez said in a statement Wednesday. “The Metropolitan Police Department implemented targeted traffic control measures as part of our layered mitigation strategy…to minimize disruptions to our residents and businesses by keeping large commercial vehicles off our surface streets.”

The majority of the convoys have been non-violent, Rodriguez said, but in the event of threats to public safety, the D.C. law enforcement would remain “tactically flexible.”

The demonstration, known as the “People’s Convoy,” has been camped out in Hagerstown, Maryland, since the first week of March. They have openly expressed opposition to the vaccine and mask mandates implemented during the COVID-19 pandemic. The truckers, joined by other drivers have been looping the Beltway since arriving in Hagerstown, calling on the government to end its use of “emergency powers.”

“The cure was worse than the disease,” People’s Convoy Spokesperson Maureen Steele said of the government’s actions. Steele notes that suicide and divorce rates went “through the roof” during the COVID-19 restrictions.

“On behalf of Freedom Convoy 2022, we are asking you to end the state of emergency. End the mandates once and for all,” Freedom Convoy USA organizer Kyle Sefcik said in a February video address to President Joe Biden. “Sir, the world is watching us because they know if what’s happening in Canada happens to us here in the land of the free, then freedom as we know it is gone.”

The DC police are as stupid as the nigger mayor is!