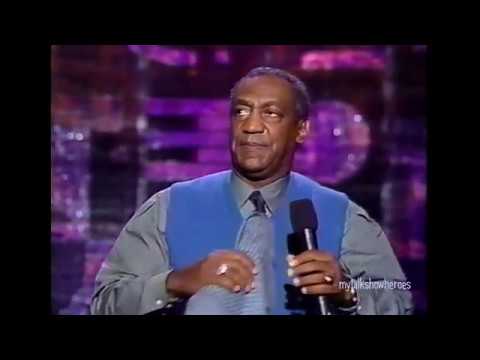 Cosby’s Assault Charges Are Being Taken To The Next Level

Disgraced comedian Bill Cosby was freed from jail earlier this year after the Pennsylvania Supreme Court reversed his 2018 conviction, alleging a due process violation. He has been charged with sexual assault by more than 50 women. Prosecutors are now requesting that the matter be taken to the Supreme Court.

“Prosecutors asked the U.S. Supreme Court to review the ruling that overturned Bill Cosby’s conviction, arguing in a petition Monday that a decision announced in a press release does not give a defendant lifetime immunity,” ABC News reported. “Prosecutors said the ruling could set a dangerous precedent if convictions are overturned over dubious closed-door deals. They have also complained that the chief judge of the state’s high court appeared to misstate key facts of the case when he discussed the court ruling that overturned Cosby’s conviction in a television interview.”

“This decision as it stands will have far-reaching negative consequences beyond Montgomery County and Pennsylvania. The U.S. Supreme Court can right what we believe is a grievous wrong,” Montgomery County District Attorney Kevin Steele stated in the petition for Cosby’s case.

The Supreme Court only accepts around 1% of petitions, according to ABC, but the Cosby case is extremely high-profile and the first to appear mostly during the #MeToo movement. Cosby said that he has no “remorse” for his actions, in a 2019 interview.

“I have eight years and nine months left,” Cosby said to National Newspaper Publishers Association’s BlackPressUSA.com. “When I come up for parole, they’re not going to hear me say that I have remorse. I was there. I don’t care what group of people come along and talk about this when they weren’t there. They don’t know.”

“It’s all a set up. That whole jury thing. They were imposters,” he argued, pointing to “the woman who blew the whistle” — Before the trial began, a possible juror overheard another juror say that Cosby is guilty.

“Then she went in and came out smiling, it’s something attorneys will tell you is called a payoff,” Cosby continued. “I know what they’ve done to my people. But my people are going to view me and say, ‘that boy looks good. That boy is strong.’ I have too many heroes that I’ve sat with. Too many heroes whom I listened to like John Henrik Clarke, Kenneth Clark, and Dorothy Height. Those people are very strong, and they saw the rejection of their people. This is political. I can see the whole thing.”

The piece of shit should rot in jail.