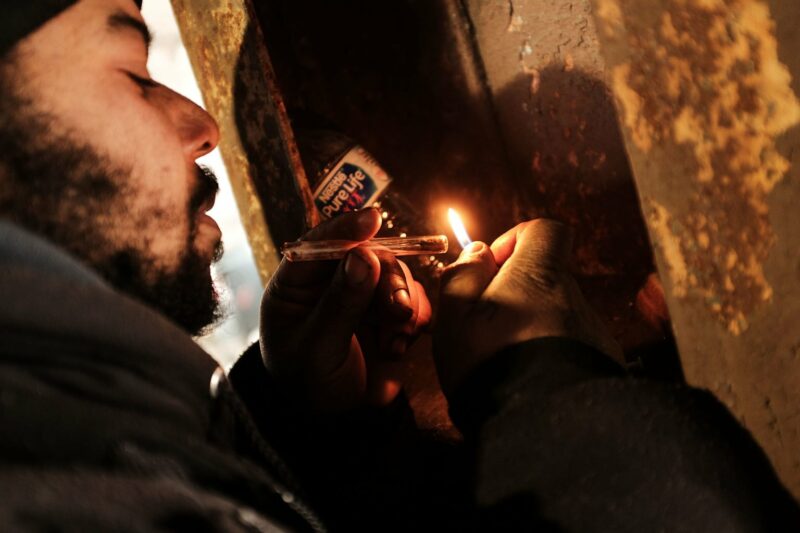 Seattle’s transit system has been rendered useless due to reports of toxic fentanyl and meth smoke, volatile behavior, and dangerous work environments, which have scared off travelers as well as workers, local authorities said.

The city plans to release a new Safety, Security, and Fare Enforcement Initiative in February, incorporating surveys and comments from 8,000 people. The initiative is designed to improve the dangerous environment on transit while showing compassion, especially to homeless people.

The plan is “a necessary step on its journey to becoming an anti-racist mobility agency,” according to the King County website.

The Metro Transit Authority (MTA) has been reluctant to use law enforcement against the homeless population following widespread protests triggered by the death of George Floyds.

Unarmed Security personnel monitor the metro but have zero authority to arrest or remove people from public transportation. Seattle police officers do not regularly patrol the transit vehicles and illegal drug use is considered a “lower priority than violent crime,” Seattle Police Detective Patrick Michaud said.

The union representing transit workers endorsed Bruce Harrell who ran as a law and order candidate for Seattle’s mayor. But Harrell has been slow to address the growing crime and drug use in the city. Since the summer of 2021, over six operators had to stop driving mid-shift due to being severely affected by the smoke, while 14 others, reported headaches, dizziness, or irritated breathing.

Users place the drug on a small sheet of aluminum foil, wave a lighter on the underside of the foil to heat the drug, then inhale it using a straw. The smoke carries and many transit vehicles do not have windows that open.

Seattle’s transit use rose roughly 50% in the 2010s, the highest rate of any U.S. city. Roughly 750,000 people used the transit system on a daily basis prior to the COVID-19 pandemic.

“We’re after the criminal activity, the smoking drugs, the assaults, the deterioration of transit,” Local 587 Vice President Cory Rigtrup said. “The solution is to restore transit, make it welcoming, bring back passengers.

“We should not be coming down on a totally punitive side,” Metro General Manager Terry White said. “We should figure out how we serve the community.”

“Hopefully we’ll be putting some things in place, where you’ll see more police on a coach,” White said, adding the city also plans to implement updated outreach programs for the homeless.

Crime has surged in Seattle recently, with shootings increasing by 46% in 2020, according to an annual report by the Washington Association of Sheriffs and Police Chiefs. A massive gunfight erupted on Feb. 7 in Seattle’s Capitol Hill neighborhood with over 40 shots fired.

A group of men kicked and punched a 23-year-old man and left him unconscious on Jan. 25, amid a string of violent assaults and robberies. Police also discovered a man near a city homeless encampment on Jan 20. with a crossbow sticking out of his chest following an altercation.

LOL…It’s a niggeRAT city. Who cares?