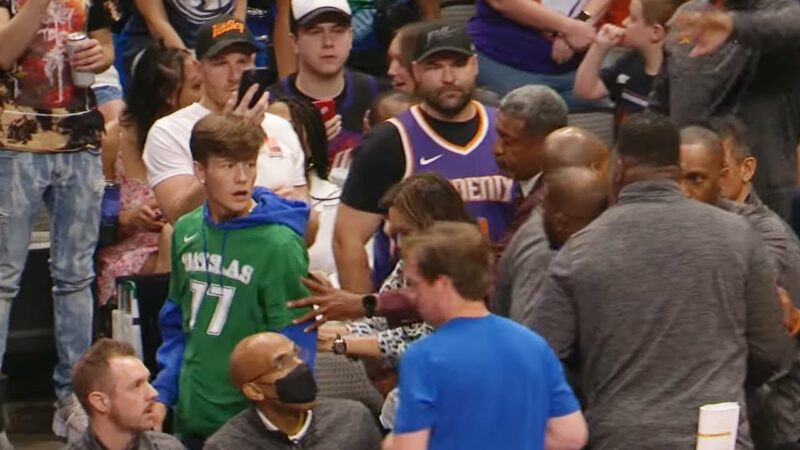 Phoenix Suns point guard, Chris Paul-36, spoke out on social media after his mother and wife were harassed by a Dallas Mavericks fan during Sunday’s game.

During the game, a fan “put hands on” Paul’s mother and pushed his wife as his children watched. The aggressive fan also followed Paul’s wife up the aisle as she left her seat.

The NBA said the fans were removed from the arena after the incident. “They felt very unsafe,” a source said.

The Mavericks released a statement that they were aware of the incident, adding, “It was unacceptable behavior and will not be tolerated. The Mavericks, along with American Airlines Center, swiftly removed the fan from today’s game,” The team released in a statement.

Video footage circulating on social media shows a visibly upset Paul shouting from the court and trying to approach the fans as they were being taken out by security.

“Wanna fine players for saying stuff to the fans but the fans can put their hands on our families….f— that!!” Paul tweeted after the incident.

Sunday’s game ended with the Mavericks winning over the Suns 111-101 tying the playoff series 2-2. Paul fouled out of the game with under nine minutes left in the fourth quarter. Game 5 is scheduled for Tuesday in Phoenix.