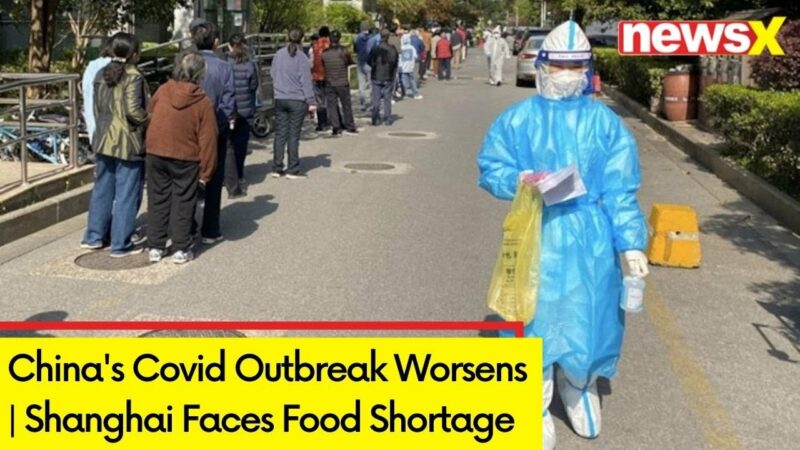 The food crisis in Shanghai, China, is reaching a breaking point amid the Chinese Communist Party’s (CCP) “zero-COVID” policy enforcement.

The country’s supply chains have been paralyzed by the lockdown of dozens of cities due to outbreaks of the BA.2 subvariant of Omicron. As a result, millions in Shanghai and other cities are running out of food.

Shanghai has been in lockdown since March 28 when CCP officials essentially shut down the city to conduct mass testing of residents. Individuals who tested positive, regardless of being symptomatic, were sent to quarantine facilities for up to two weeks. When quarantine facilities began filling up, many who tested positive were locked in their homes or apartment buildings and forced to stay there.

With barely any economic activity taking place in the city, food shipments and deliveries have come to a halt. Social media posts from residents describe food rationing and difficulty finding meals.

“It’s the first time in my life I’ve had to worry about securing food,” one Shanghai-based executive said. “Now, I’m worried we’ll run out of milk for our kids.”

Some residents have posted about bartering for food. Resident, Guan Zejun, posted a picture of an almost-empty box of supplies and begged the government for help. “I’m used to the feeling of being hungry now,” he said. “I never expected that in the 21st century, in a big city like Shanghai, I would experience what my grandparents’ generation lived through, of not being able to fill my stomach.”

Even wealthy citizens in the global financial hub are struggling to find groceries. One top venture capitalist in the city shared on the social media platform WeChat that he was searching for bread anywhere he could find it.

Home to 26 million people, Shanghai is one of the world’s richest cities and is not the only one suffering under the CCP lockdown. In December, photos showed residents of Xi’an starving due to pandemic restrictions. More recently, a video emerged from Tianjin of a man killing his wife and then committing suicide after his business was destroyed by pandemic restrictions.

Resistance to the CCP measures has developed and Shanghai residents have been filmed screaming out their windows at night in protest. Some have attacked government medical workers who are conducting mass testing and enforcing the quarantine. Still, the communist party continues to enforce its militant “zero-COVID” policies with government drones flying through the city telling residents to remain calm and resist their “soul’s desire for freedom.”