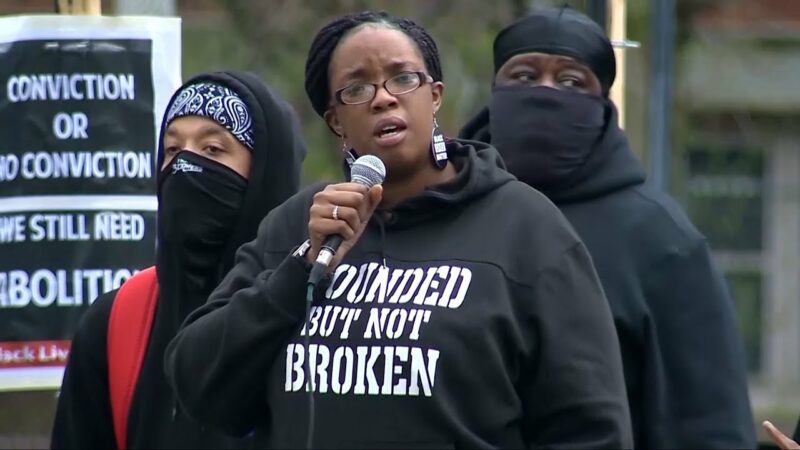 A Black Lives Matter activist leading a Boston anti-violence nonprofit was indicted for fraud and is now asking for a speedy trial to defend the allegations against her.

Monica Cannon-Grant, the head of Violence in Boston, and her husband, Clark Grant, are accused of using the nonprofit “as a vehicle to personally enrich themselves and their designees,” according to a federal indictment unsealed on March 15.

The couple is facing 18 fraud-related charges, including conspiracy, wire fraud, mail fraud, and making false statements to a mortgage lending business. Grant’s husband is charged in a more limited capacity.

The 38-page indictment says Cannon-Grant and her husband solicited and received millions of dollars for the charity that received increased attention following the 2020 death of George Floyd in Minneapolis.

Federal prosecutors say the couple has not submitted the appropriate tax documents to the state Attorney General’s nonprofit oversight office since 2019. Cannon-Grant is accused of paying herself a huge salary, despite making publicly claiming she received no salary for her nonprofit work.

She also is accused of instructing co-conspirators to apply for public and private grants for the charity that were used to pay for the couple’s personal expenses instead. According to the indictment, the charity received a $10,400 donation from an unidentified department store for the stated purpose to be used for feeding hungry children, but instead, Cannon-Grant laundered those funds through a church to use to pay her back rent.

Cannon-Grant’s attorney filed a request Wednesday accusing the government of being slow in its discovery process and not communicating details about their timeline for relaying such information to the defense. It also alleges that one $3000 loan supporting the mortgage fraud charge was a gift and was not required to be paid back.

“Ms. Cannon-Grant has been immeasurably prejudiced and punished by the indictment alone, and she seeks a trial on the earliest practical date to challenge the government’s accusations,” the filing says.