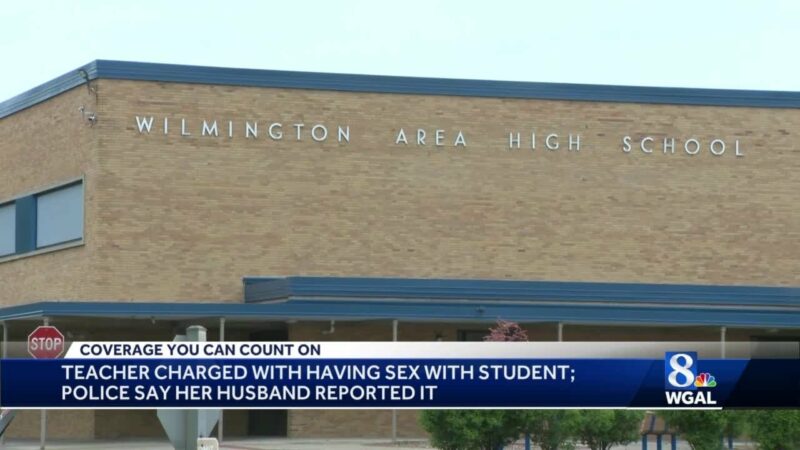 Pennsylvania Teacher Turned In By Husband For Having Sex With Student

The husband of a Pennsylvania high school choir teacher contacted school administrators about his wife’s sexual relationship with a female student.

Pennsylvania teacher, Olivia Ortz turned herself in on Monday and was charged with two counts of sexual activity with one of her 17-year-old Wilmington Area High School students. The 26-year-old teacher was turned in by her husband after he discovered messages from the teen on Ortiz’s iPad. Astonished, he went to the school administrators with the messages in hand, Ortz was immediately suspected without pay.

After conducting several interviews with the victim, she admitted that Ortz had engaged in sexual activity with her. According to court documents, the teen believed that her choir director was a “safe adult.”

Ortz is accused of inviting the victim to her home while her husband was out of town; she then victimized the girl by enticing her into sexual activity in the married couple’s bedroom. The victim told police she had gone to her teacher’s home several times to “comfort” Ortz after her husband had found out about their “relationship.”

Investigators said they believe Ortz and her student began communicating over Spotify after Ortz’s cell phone and iPad were confiscated on May 5; they said the two spoke in code in an effort to conceal their conversation’s contents.

Ortz resigned from her role at the school on May 9. Her predecessor, former music director Jonathan Priano, 37, was also arrested in 2020 for misconduct with several students. He faces 10 counts of sexual assault and two counts of unlawful contact with minors. His pre-trial hearing is set for June 29.