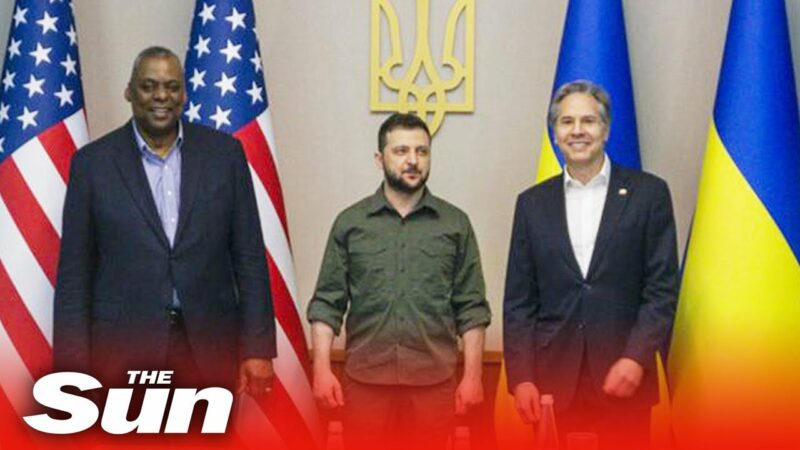 The meeting, which was intended to be hush-hush until it was over, faced an early snag when Zelenskyy himself leaked the upcoming trip. Blinken and Austin were already halfway to Poland when Zelenskyy, announced they would be arriving in Ukraine at a conference on Saturday.

The U.S. decided to continue with its plans despite the leak, making Blinken and Austin the highest-level U.S. officials to visit Ukraine since Russia began its invasion in February.

The trip was meant to be a show of solidarity from the U.S. to Ukraine and followed visits from several Western leaders. During the visit, Blinken promised the return of U.S. diplomats within the week, a senior State Department official said.

Blinken and Austin told Zelenskyy that the U.S. would provide new, additional aid to Ukraine.

The latest aid includes over $300 million in foreign military financing. Blinken and Austin also said a $165 million sale for ammunition was approved by the administration.

Blinken reiterated that the trip was “an opportunity to demonstrate directly our strong ongoing support for the Ukrainian government and the Ukrainian people.”

“This was, in our judgment, an important moment to be there, to have face-to-face conversations in detail,” he added.

Austin shared with reporters that the objective is to see Russia “weakened.”

“We want to see Russia weakened to the degree that it can’t do the kinds of things that it has done in invading Ukraine,” Austin declared. “So it has already lost a lot of military capability. And a lot of its troops, quite frankly. And we want to see them not have the capability to very quickly reproduce that capability.”