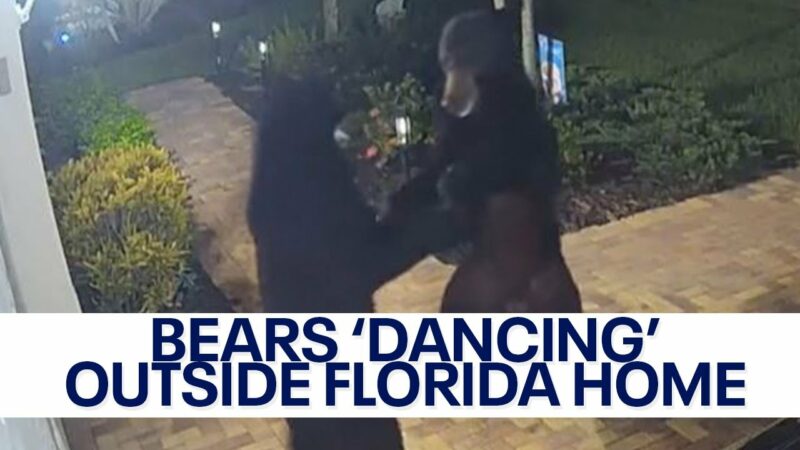 Two black bears were caught on camera “dancing” playfully in a Florida driveway.

The Naples, Florida homeowners, Lou and Nancy Vinciguerra, said it’s not uncommon for them to see wildlife on their security cameras in the front of the homes.

Two frisky black bears are seen wrestling and pawing at each other as they dance around the couple’s driveway.

“I called it dancing, but I guess it’s how they play,” Lou said.

The couple says bears have visited their home in the past.

“Bears, bobcats, wild boar, and plain old deer. But usually, they are just passing through. Only the bears are entertaining!” Lou said.

“Guess he was taking home a snack and decided to leave it behind!”