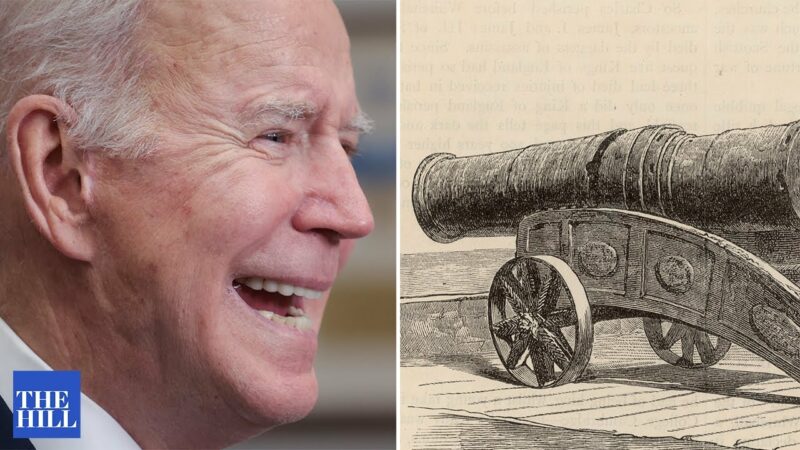 President Joe Biden incorrectly claimed Monday that a cannon could not legally be purchased at the time of America’s founding.

The president made the incorrect statement during his announcement of a new regulation that requires a background check and serial number for manufactured firearms that are unregulated and untraceable. The regulation will also require manufacturers distributing the guns to be federally licensed.

The president made a similar statement during his 2020 presidential campaign in a push for background checks on all gun sales as well as a ban on assault weapons and large-capacity magazines.

The Washington Post gave his remarks four Pinocchios in a June 28, 2021, piece, citing there was no federal law about the types of guns citizens could own and that private citizens did in fact own cannons at the time of the nation’s founding.

“Some readers might think this is a relatively inconsequential flub. But we disagree,” The Washington Post wrote. “Every U.S. president has a responsibility to get American history correct, especially when he’s using a supposed history lesson in service of a political objective. The president’s push for more gun restrictions is an important part of his political platform, so he undercuts his cause when he cites faux facts.”

Biden then changed his cannon statement to apply to 20 years after the Revolutionary War, which is still false. Article 1, Section 8, Clause 11 of the Constitution grants Congress the power to declare war and “grant Letters of Marque and Reprisal,” meaning that private citizens could be granted special waivers to own warships and obtain cannons during a battle.