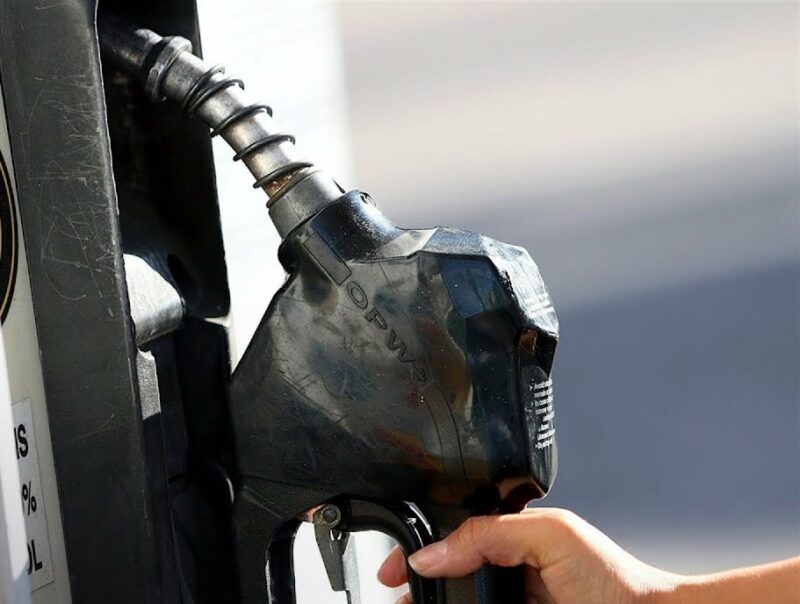 Biden Says Americans Will Have To Pay At The Pump

President Joe Biden indicated that Americans will likely pay at the pump as a result of the sanctions levied against Russia Tuesday.

“As we respond, my administration is using every tool at our disposal to protect American businesses and consumers from rising prices at the pump,” the president remarked at the White House on Tuesday. “As I said last week, defending freedom will have costs for us as well and here at home. We need to be honest about that.”

“But as we do this, I’m going to take robust action to make sure the pain of our sanctions is targeted at Russian economy, not ours,” Biden continued. “We are closely monitoring energy supplies for any disruption. We are executing a plan in coordination with major oil-producing consumers and producers toward a collective investment to secure stability in global energy supplies.”

Biden did not go into details about how he planned to work with oil producers to guard against rising prices at the pump but said he wanted to “limit the pain” of the American people.

During his remarks, Biden laid out the first round of sanctions to be implemented against Russia in response to the nation’s invasion of separatist-controlled territories, Donetsk and Luhansk in Ukraine on Monday. The Department of the Treasury later detailed the sanctions which target several major Russian financial institutions and powerful elites close to Russian President Vladimir Putin.

Gasoline reached an average of $3.49 per gallon nationwide last week, its highest level since 2014, Energy Information Administration data showed. The Biden administration has opened an investigation into fossil fuel companies over price gouging as gasoline prices continue to soar.

The price of oil, which is the primary determinant of gas prices, continued to climb to $100 per barrel both in the U.S. and in Europe on Tuesday.

Between January 2021 and November 2021, Russia exported the second-largest amount of oil to the U.S.  Russia is a major player in the global oil market as well and is Europe’s largest supplier.

Biden has taken a strong anti-fossil fuel stance on energy policy since taking office, nixing the Keystone XL oil pipeline, ditching an oil drilling project in Alaska, staying silent on a court ruling that prohibited an offshore drilling lease in the Gulf of Mexico and making it more difficult for utilities to gain approval for natural gas projects.

The U.S. has approximately 38.2 billion barrels of crude oil reserves, according to the EIA.

Under Trump, we were energy independent for the first time in 50 years. On day one, Joe fucked it up. Now he’s making Russia, and Iran rich again.

This was Bidens plan from the start with Russia when he shut down the pipe line . He knew this would cost us at the pump , and did it anyways . What really gets to me is , the Republicans let him do this . You know the democrats are afraid to say anything so they follow blindly like sheep . So the country sinks down lower and lower while the delusional democrats destroy the country . What the hell are they thinking that would make them do this to the only free country left . Greed and corruption for money and power . You can see that just by looking at the democrat ran states and how the corrupt government officials are raking in the bucks while breaking our laws . This is the biggest disgrace in our country’s history and you can thank the delusional democrats for it . Don’t forget to thank them that voted for and still think this idoit is doing a good job . They are the blame too