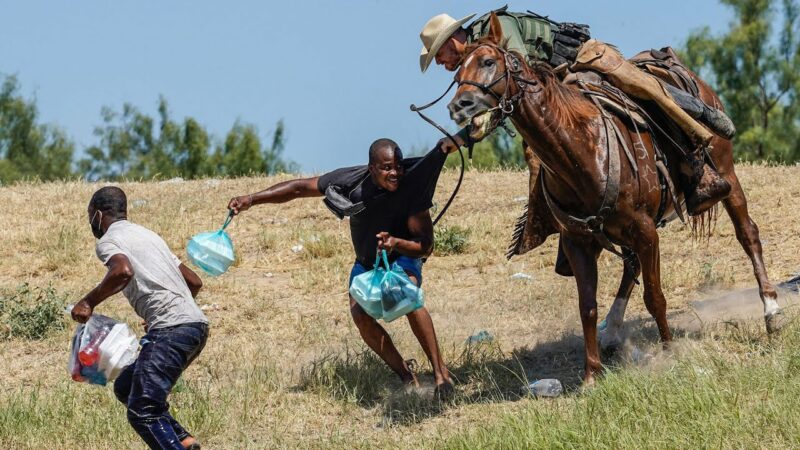 Another Biden administration official has abandoned ship as controversy swirls over the treatment of Haitian migrants overwhelming the southern border.

Harold Koh, the only political appointee on the State Department’s legal team and a former longtime advisor to President Barack Obama’s State Department, announced he was resigning and bashed the Biden administration in a memo claiming Biden team’s use of Title 42 to expel Haitian migrants from the United States as “illegal” and “inhumane.”

Title 42 is a public health provision allowing the government to prevent the addition of new individuals in the U.S. during a public health crisis. The law was first used under the Trump administration to expel tens of thousands of migrants at the southern border; the order has been extended by the Centers for Disease Control and Prevention under the Biden administration.

Koh said the use of Title 42 is “not worthy of this Administration that I so strongly support,” adding “I believe this Administration’s current implementation of the Title 42 authority continues to violate our legal obligation not to expel or return individuals who fear persecution, death, or torture, especially migrants fleeing from Haiti.”

“Lawful, more humane alternatives plainly exist,” Koh continued. “[O]ur actions and approaches regarding Afghan refugees stand in stark contrast to the continuing use of Title 42 to rebuff the pleas of thousands of Haitians and myriad others arriving at the Southern Border who are fleeing violence, persecution, or torture.”

According to an administration official, Koh, who was previously a State Department legal advisor during the Obama administration from 2009-2013, is leaving the Biden team to accept a job at Oxford University. Koh is the second official to leave the Biden team and condemn its handling of the Border Crisis. Ambassador Daniel Foote, the Biden administration’s former special envoy for Haiti, resigned in September over what he described as the “inhumane, counterproductive decision to deport thousands of Haitian refugees.”