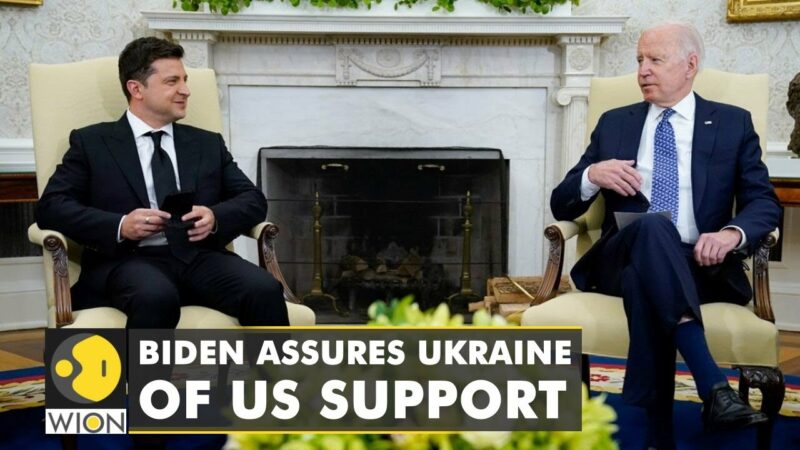 Biden’s latest phone call with Zelensky came after a Thursday discussion with Russian President Vladimir Putin. No major news or breakthroughs seemed to come from either phone call, however, Biden continued to discourage Putin against invading Ukraine.

“President Biden made clear that the United States and its allies and partners will respond decisively if Russia further invades Ukraine,” White House press secretary Jen Psaki said in a statement Sunday evening following the phone call with Zelensky. “The leaders expressed support for diplomatic efforts, starting next week with the bilateral Strategic Stability Dialogue, at NATO through the NATO-Russia Council, and at the Organization for Security and Cooperation in Europe.”

Ukraine has accused Russia of dispatching tanks and more sniper teams as an affront in Donbas, a pro-Russian conflict area of Ukraine.

“President Biden underscored the commitment of the United States and its allies and partners to the principle of ‘nothing about you without you,’” Psaki added, echoing a White House statement from earlier in December. “He reaffirmed the United States’ commitment to Ukraine’s sovereignty and territorial integrity. He also expressed support for confidence-building measures to de-escalate tensions in Donbas and active diplomacy to advance the implementation of the Minsk Agreements, in support of the Normandy Format.”

During the president’s Thursday call with Putin, Biden  “made clear that the United States and its allies and partners will respond decisively if Russia further invades Ukraine,” White House Press Secretary Jen Psaki said in a separate statement.

Zelensky acknowledged “the first international talk of the year” as proof of “the special nature of” relations between Ukraine and the U.S. He thanked the U.S. for its “unwavering support of” Ukraine and said they discussed “keeping peace in Europe, preventing further escalation, reforms, [and] deoligarchization.”

Biden maintained economic sanctions are still central regarding Russia, and he dismissed the idea of sending U.S. troops to Ukraine to help earlier in December. He told reporters at the time that this is “not on the table.”

“President Biden voiced the deep concerns of the United States and our European Allies about Russia’s escalation of forces surrounding Ukraine and made clear that the U.S. and our Allies would respond with strong economic and other measures in the event of military escalation,” the White House said in early December after Biden spoke with Putin. “President Biden reiterated his support for Ukraine’s sovereignty and territorial integrity and called for de-escalation and a return to diplomacy.”

Volodymyr Zelensky is thinking, like you did in Afghanistan.

“Look, I would respond decisively undecided.”