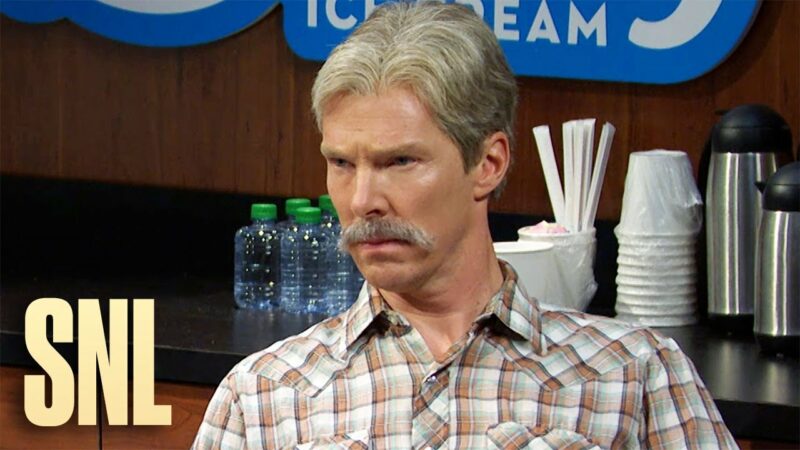 The feud started after Elliott went viral for saying that Cumberbatch’s Oscar losing film “The Power of the Dog” was a “piece of sh*t,” along with several other hilarious comments. Elliott later apologized for his comments, but not before the film’s director and stars had used the media virality to draw attention to the terrible Western.

“I said, come on, man, I was nominated for an Oscar for that. I mean, I didn’t win,” Cumberbatch said, “I was beaten by Will Smith. No, not physically!”

Cumberbatch also portrayed Elliott in a subsequent sketch entitled “Blue Bunny.” Cumberbatch’s character In the sketch is an older American man with a deep drawl, firm beliefs, and a strong resemblance to Elliott — mustache and all.