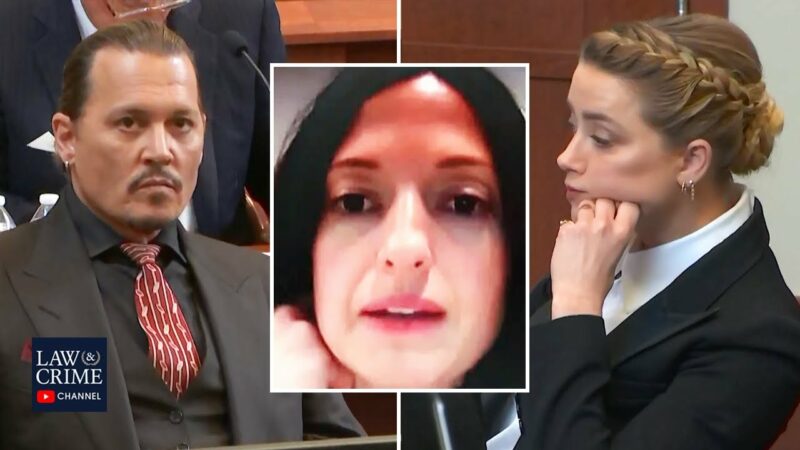 Amber Heard admitted to using mushrooms and MDMA while with a “high-profile male acquaintance” approximately two weeks after a horrible argument with her then-husband Johnny Depp.

Heard is currently involved in a defamation suit with her ex-husband Johnny Depp over allegations that she defamed him by insinuating she had been the victim of domestic violence in a 2018 Washington Post op-ed. Heard denied the claims and says she was physically assaulted by Depp on multiple occasions before and during their marriage.

On Tuesday the court listened to a pre-recorded deposition given by Erin Falati, Heard’s former personal nurse.

Depp’s lawyers took Falati through her nurse’s notes from the time she worked with Heard and honed in on an entry from May 11, 2016 — approximately two weeks after Heard and Depp had the fight that resulted in their separation.

On that date, Falati noted that she had visited Heard’s apartment in downtown Los Angeles to deliver some medication for an upcoming trip to New York City.

Heard spoke to Falati about a recent trip to Coachella, where she said she had been drinking alcohol and taking multiple illicit drugs, according to Falati’s notes. Heard had left for the Coachella trip the morning after her big fight with Depp.

Falati noted that Heard stated “she ingested mushrooms and MDMA simultaneously while also consuming alcohol” and that she “vomited and was ‘high for at least 24 hours straight,'” according to Falati’s notes.

The nurse said that she told Heard “illicit drug use will not be tolerated by medical staff” and that it could interact with her prescribed medications, Heard laughed and “also reported using mushrooms and MDMA two days prior while “at home with a high-profile male acquaintance.”

Heard “reported that her husband was not aware of the male visitor, not her illicit drug use,” Falati noted.

It’s unclear just who the “high profile” man was, but elevator footage recorded James Franco visiting her apartment later that same month, on May 22, 2016.

Elon Musk is another possibility since a spokesperson for the billionaire Tesla CEO had previously stated that the two of them started dating in May 2016.

Did either male do a cavity search?