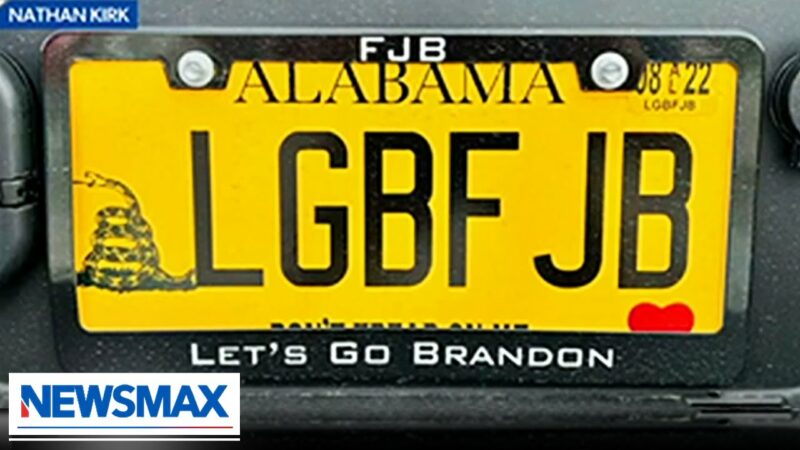 Alabama officials have overturned their decision to revoke a license plate belonging to Nathan Kirk, which gives a creative nod to the slogan criticizing President Joe Biden — “Let’s go, Brandon.”

The state had previously demanded in a Feb. 17 letter that Kirk surrender his license plate within 10 days, saying the plate was an affront to the “peace and dignity of the State of Alabama.”

“The Alabama Department of Revenue, Motor Vehicle Division, has determined the above-referenced license plate contains objectionable language which is considered by the Department to be offensive to the peace and dignity of the State of Alabama,” the Feb. 17 letter read.

Kirk said he ordered the license plate in October 2021 in a “spur of the moment” decision as a way to express his displeasure with Biden’s leadership.

“I thought that would be just, you know, kind of a comical way of displaying that,” he said. Kirk cited Biden’s withdrawal from Afghanistan as one of the reasons he ordered the license plate for his family’s Ford F-250.

Kirk’s story garnered national media attention. He said he had planned to sue the state over the matter but was glad it didn’t come to that.