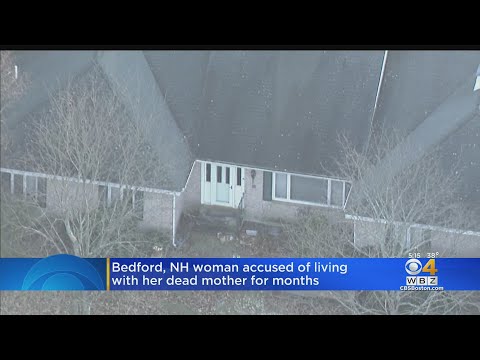 A New Hampshire woman has been arrested on abuse of a corpse charge for allegedly keeping her mother’s corpse hidden in her home for nearly six months after she died.

Kimberly K Heller 54, was arrested on Nov. 18 after hiding her mother’s death and her body as Social Security checks continued to be deposited in the dead woman’s bank account.

Family members were concerned when they had not seen the woman in months and contacted authorities. Police first responded to Heller’s home on Oct. 24 but found no one home at the time. When officers returned to the home the next day, police said Heller refused to allow them into the home. Police later returned with a warrant and upon searching the residence they discovered the corpse.

An autopsy was performed and it was determined that Heller’s mother had died of natural causes in late May.

Investigators also determined that during the nearly six months that Heller had been hiding her mother’s corpse, she had also been spending her mother’s Social Security payments which were still being deposited into the bank.

Police have contacted the federal Social Security Administration Office of the Inspector General and are coordinating with the agency’s investigation.

Heller is expected to be arraigned on Jan. 6. to face the misdemeanor abuse of a corpse charge, The Social Security Administration Office Is still looking into other charges.