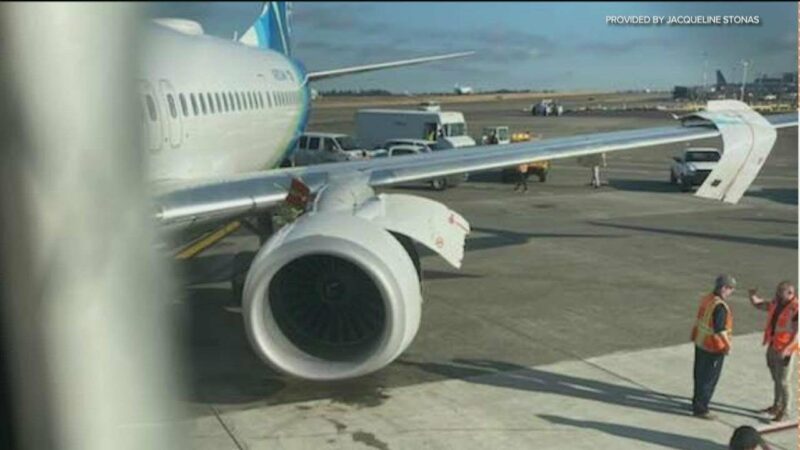 Video shows part of the cowling, the metal paneling covering the engine, detaching from the plane upon landing. The crew aboard the Boeing 737-900ER reported an unusual vibration on the left side of the plane during departure, according to a statement from Alaska Airlines.

“The aircraft, a Boeing 737-900ER, is now temporarily out of service while our safety team investigates,” Alaska Airlines said.

The two pilots on the flight have over 32 years of combined flying experience, the airline said.

There were 176 passengers and six crew members on the flight, according to the statement. No injuries were reported.

Guests were rebooked on another flight bound for San Diego, the company said.