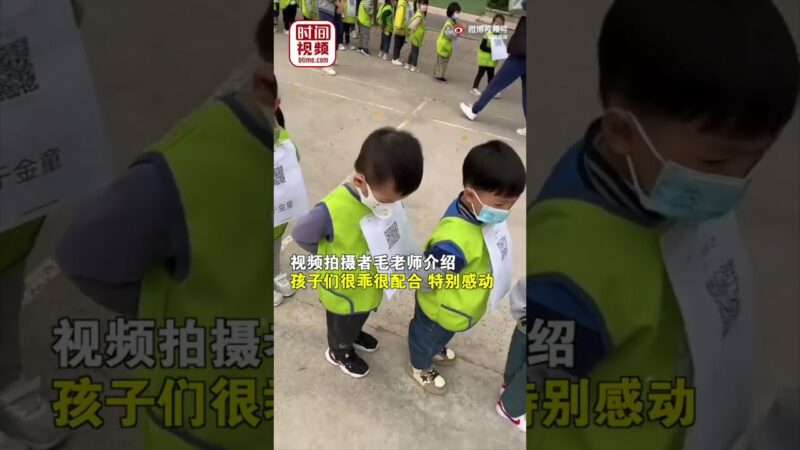 A video has been circulating online since Saturday of kindergarten children in China wearing individual QR codes around their necks, lined up waiting to be tested for COVID-19. Children in the video were waiting in line at a facility in Xingyang, Henan province, China, with large print QR codes attached to their uniforms waiting to be tested for COVID-19 after one student was reported to be positive for the virus.

“Cute and brave! Self-discipline and hard-working are keys to why China can defeat rounds of COVID-19 outbreak. Even kids from kindergarten, with QR code hung around their necks, queued in an orderly manner for nucleic acid test,” Hu Xijin, editor-in-chief of the Global Times, tweeted along with the video. Xijin’s Twitter account is flagged as “China state-affiliated media.”

“With a few historical experiences and several concepts, you dare to laugh at others’ pride. It’s a sign that your civilization is withering,” Xijin responded to Peterson.

This is not the first time China has resorted to radical methods to limit the spread of COVID-19.

The Chinese city of Qingdao is testing all of its 9.5 million residents for the coronavirus after it recorded China's first locally transmitted cases in almost two months. https://t.co/UISjvhG9k6

On Oct. 31, almost 34,000 visitors to Shanghai Disneyland were detained for testing before they were allowed to leave the resort. Authorities locked down the Park as soon as it was discovered that there was a single positive case among people who had visited a day prior.

This is the future of our country under the Democrats.