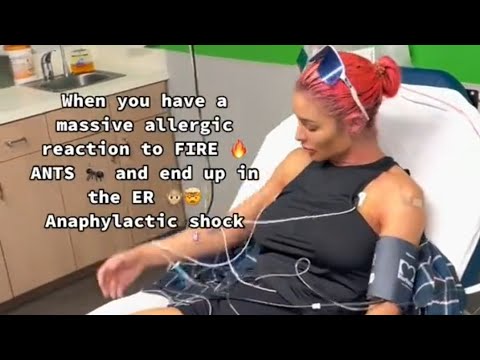 Marie, posted a video on her TikTok account Saturday from inside the emergency room saying she was in “anaphylactic shock.”)

“When you have a massive allergic reaction to FIRE ANTS and end up in the ER,” she captioned the video. “Anaphylactic shock.”

The video shows Marie on a hospital bed, hooked up to an IV with red skin around her face, shoulder, neck, and even down to her legs.

“I love you guys I’m good now this was last week on Labor Day,” she wrote in the comments section of the video. “But all is well now.”

She has also appeared in the films “Hard Kill” and “Phoenix” as well as the TV shows “Paradise City” and “American Ninja Warriors Junior.”