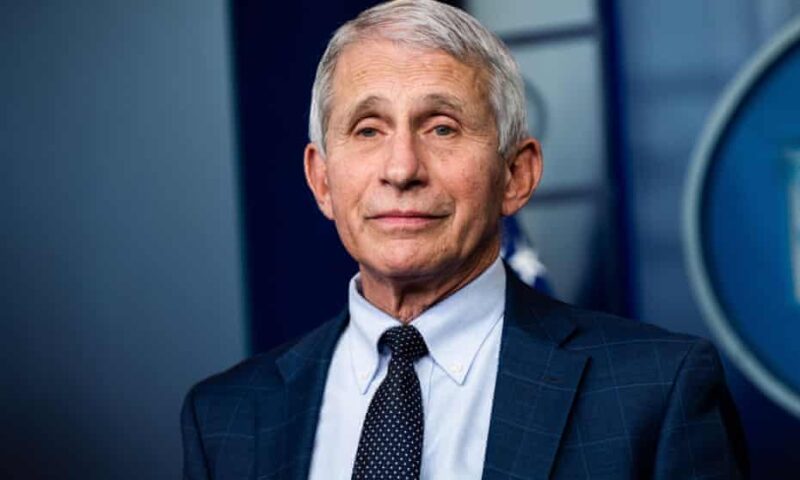 A Stanford doctor details Wednesday what he says is Dr. Anthony Fauci’s “playbook” for silencing anyone who questions COVID-19 protocols.

“They deploy press propagandists & scientist allies to smear and takedown opponents” and they “reward allies with large grants.”

Bhattacharya said that in October 2020 when the Great Barrington Declaration “criticized Fauci’s lockdown strategy,” Collins, “a geneticist with little public health experience – wrote an email to Fauci suggesting a ‘take down’ of the declaration, and characterizing its Harvard, Oxford and Stanford authors as ‘fringe epidemiologists.’”

A copy of the email, obtained by the American Institute for Economic Research through a Freedom of Information Act request, confirms Collins told Fauci that the declaration “seems to be getting a lot of attention — and even a co-signature from Nobel Prize winner Mike Leavitt at Stanford.”

“There needs to be a quick and devastating published takedown of its premises. I don’t see anything like that online yet — is it underway?” Collins wrote to Fauci.

Bhattacharya also slammed Fauci’s recent claim that he was receiving death threats. He argued that while it’s “tragic” that scientists must deal with threats, Fauci and Collins “organized a ‘take down’” of other scientists with “their grave mischaracterization of focused protection as a let-it rip strategy” which led to death threats against several authors of the Great Barrington Declaration.