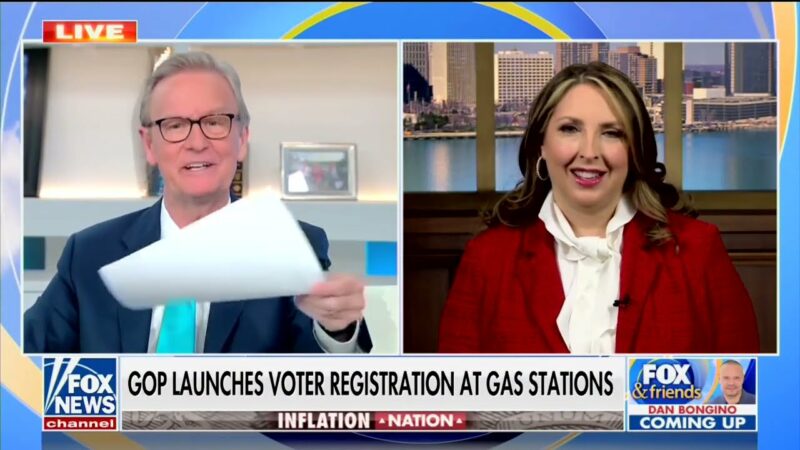 The Republican National Committee (RNC) kicked off a voter registration initiative at gas stations across the country, pointing out the rising gas prices under President Joe Biden’s leadership.

“We are registering voters across the country who are tired of Biden’s Gas Hike!” the RNC said Monday on Twitter. “Coming to a gas station near you!”

The launch began Saturday with an event in Arizona. “Arizonans are frustrated with paying the record-high gas prices we’ve seen recently, this is an issue that affects almost every single Arizonan,” said the communications director for Arizona’s RNC, Ben Petersen.

In early March the nationwide average price for a gallon of gasoline reached a record high of just over $4.10, according to energy analytics firm GasBuddy.

The White House blamed Russian President Vladimir Putin for soaring gas prices, while Republicans have focused on Biden’s energy policies, such as revoking the Keystone XL Pipeline’s federal permit, as the root cause of rising prices.