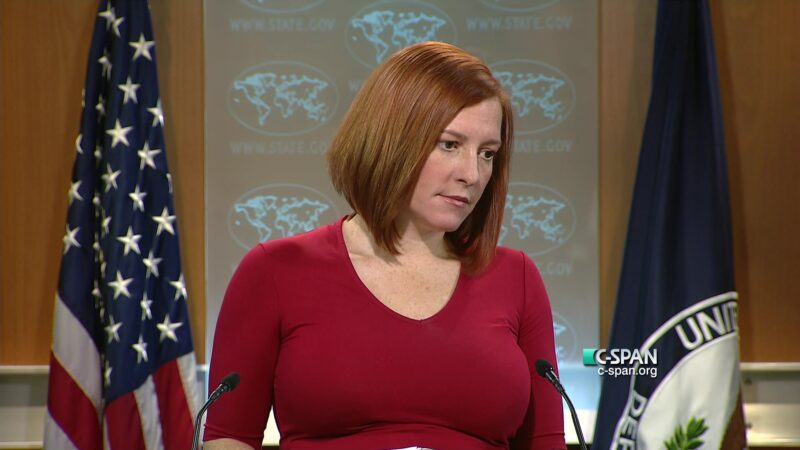 “I know there has been a lot of claim of the offensive nature of the speech yesterday, which is hilarious on many levels, given how many people sat silently over the last four years for the former president,” Psaki said during Wednesday’s press briefing.

Psaki added that what “is more offensive is the effort to suppress people’s basic right to exercise who they want to support and who they want to elect,” arguing the election overhaul legislation should not be “a partisan thing.”

“And that’s why he gave such a strong speech yesterday,” Psaki said.

McConnell said Biden “called millions of Americans his domestic enemies” in the speech and “shouted that if you disagree with him, you’re George Wallace.”

“How profoundly, profoundly unpresidential,” McConnell continued. “Look, I’ve known, liked, and personally respected Joe Biden for many years. I did not recognize the man at the podium yesterday.”

The minority leader’s criticism was in response to the part of Biden’s speech that he urged lawmakers to support the Democratic-led effort to overhaul the U.S. election system, arguing that those not in support of the legislation will be compared to nefarious historical figures such as Bull Connor and Jefferson Davis.

But Psaki rebuffed McConnell’s scathing critique, saying that Biden considers McConnell “a friend” and considers his opposition to the voting rights legislation “disappointing.”

“He considers Mitch McConnell a friend and that is true,” Psaki said. “That is why it is even more disappointing that someone who has supported and advocated for voting rights in the past… and repeatedly voted for the extension of voting rights protections is on the other side of the argument now.”

Psaki added that there was no question that Biden’s remarks “struck a nerve” with some Republicans, but argued it is “more irresponsible, unbecoming, and divisive” for GOP-led states to “perpetuate the big lie” by passing election security legislation.

“We have seen evidence of that in 19 states which passed 34 laws attacking voting rights,” Psaki said, adding “and that’s why he’s standing up and made the passionate case he made yesterday.”

What a smug, self-serving leftist beeyotch.