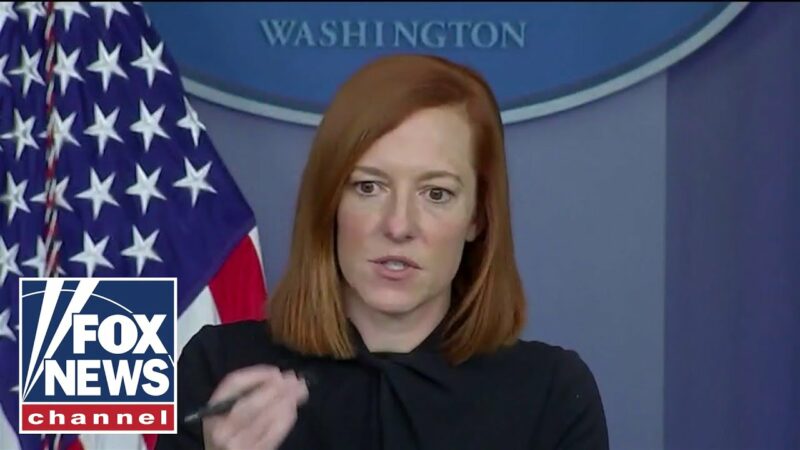 Biden has quite a history of turning his back on reporters and skirting questions since he first started facing criticism for his execution of the U.S. withdrawal from Afghanistan in August.

One reporter asked when Biden will be open for a formal press conference, pointing out many issues that Biden has not weighed in on, such as the border crisis, the “collapse” of negotiations around police reform on Capitol Hill as well as the impending government shutdown.

“The president knows that he was elected not just to get the pandemic under control and put people back to work, but protect our democracy and stand up for what’s right and be transparent,” Psaki responded. “Certainly part of that is engaging with all of you. I would note that he answered questions 135 times leading up to September, three times last week.”

“But in this month of September, many of the occasions we’ve had have been fleeting” the reporter pressed. “When can we expect to have an opportunity to ask the president questions in a formal setting?”

Frustration with Biden’s availability to the press came to a boiling point Tuesday when U.K. Prime Minister Boris Johnson took questions from British reporters following his bilateral meeting with Biden while American reporters were shouted down by White House staff.

Members of the White House Correspondents’ Association (WHCA) then marched into Psaki’s office demanding to know when Biden would hold a press conference.

“The entire editorial component of the U.S. pool went immediately into Jen Psaki’s office to register a formal complaint that no American reporters were recognized for questions in the president’s Oval Office, and that wranglers loudly shouted over the president as he seemed to give an answer to Ed O’Keefe’s question about the situation at the southern border,” a Tuesday dispatch from WHCA president Steven Portnoy read.

“Psaki was not aware that the incident had occurred and suggested that she was not in a position to offer an immediate solution. Your pooler requested a press conference. Psaki suggested the president takes questions several times a week.”