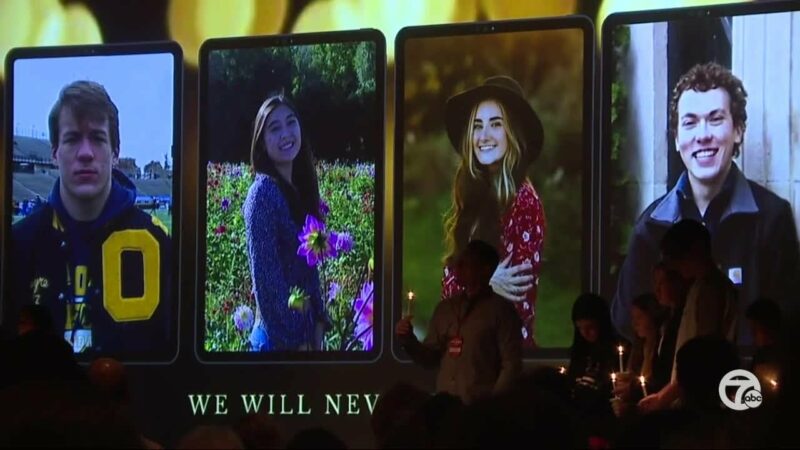 An Oxford High school student, who was among the victims of Tuesday’s shooting at the school, reportedly sacrificed his own life during the incident.

Witnesses reported that 16-year-old Tate Myre was shot while trying to disarm 15-year-old student Ethan Crumbley during the shooting, Myre later succumbed to his injuries.

Myre was a star running back for the Oxford Wildcats football team, he was described on Twitter Wednesday, as a hero and a great young man.

What We Know About the Michigan High School Shooting

“Tate was on varsity since freshman year and was an honor student. Tate was a great young man with a bright future and beloved by all. You will be missed, Tate,” were among the comments by his team members.

Students and school officials started an online petition to rename the school’s football field after Myre in honor of the sacrifice that he made for his classmates.

“Tate is not just a hero to his fellow students at Oxford high school but a legend, his act of bravery should be remembered forever and passed down through generations, he put his life in danger to try and help the thousands of other students at Oxford High School,” the petition reads.

More than 90,000 people had signed the petition as of Wednesday night.

If this school was in Detroit, they’d want to name it ‘George Floyd High’.