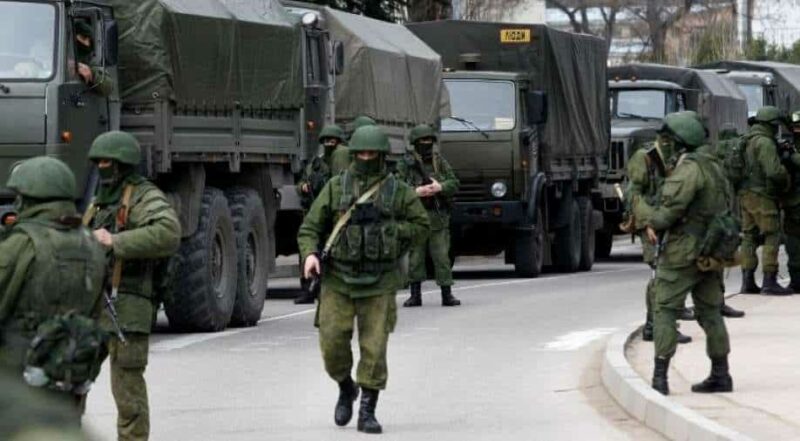 American journalists are not being allowed to embed with U.S. troops deployed to Eastern Europe amid tensions with Russia.

The first U.S. troops landed at a military base near the Poland-Ukraine border on Saturday to assist North Atlantic Treaty Organization (NATO) allies during Russia’s deployment of 130,000 troops along Ukraine’s border. President Joe Biden approved the deployment of roughly 3,000 troops to head to Poland, Germany, and Romania in early February.

Media organizations have pressed the Pentagon to allow journalists to embed with U.S. troops with the intent of serving the public. Several requests have been made by media organizations wanting to travel to Eastern European military bases but so far all have been denied.

The Military Reporters & Editors Association formally requested Saturday that the Department of Defense allow journalists to accompany U.S. troops to Eastern Europe in a letter to Defense Secretary Lloyd Austin.

“By allowing reporters to show what life is like for U.S. troops on the ground, in the air, and at sea, the Pentagon will allow the American public to understand the responsibilities and sacrifices that both service members and their families make,” the organization said. “It has been several years since Americans have had such an opportunity to see and hear directly from troops in the field. We at the Military Reporters & Editors Association look forward to working with you to facilitate embeds going forward.”

Three outlets — Military.com, Military Times, and Task & Purpose, called on the Pentagon to embed journalists in Eastern Europe, saying the American public “has a right to know how and what their troops are doing and how their tax dollars are spent.”

“Despite multiple requests from media organizations, no journalist has yet been allowed to accompany these troops headed to Europe in response to Russian troops movements near Ukraine,” the outlets wrote.

Pentagon press secretary John Kirby said Monday at a press briefing that he is responsible for the amount of access the media should have to U.S. operations and is working to determine the “appropriate level” of access the press should be entitled to.

“John, the American public has an absolute right to know how and what its troops are doing and how taxpayer dollars are being spent,” a reporter said. “Can you tell me when journalists will be allowed to embed with troops going over to Europe? And if not soon, who or what is holding that decision? Thank you.”

“I’m the one responsible for decisions that are made about media access to our operations and to our people,” Kirby replied. “So, to paraphrase the famous [former president] Harry S. Truman, the buck stops with me on this. We’re still working through what would be the appropriate level of media access here to what our troops are doing.”

Russia threatened to “take appropriate measures” if they do not receive a constructive answer from the West on security demands in late January. Kremlin spokesman Dmitry Peskov said Biden’s warning of imposing economic sanctions would be “not painful [but politically destructive.”