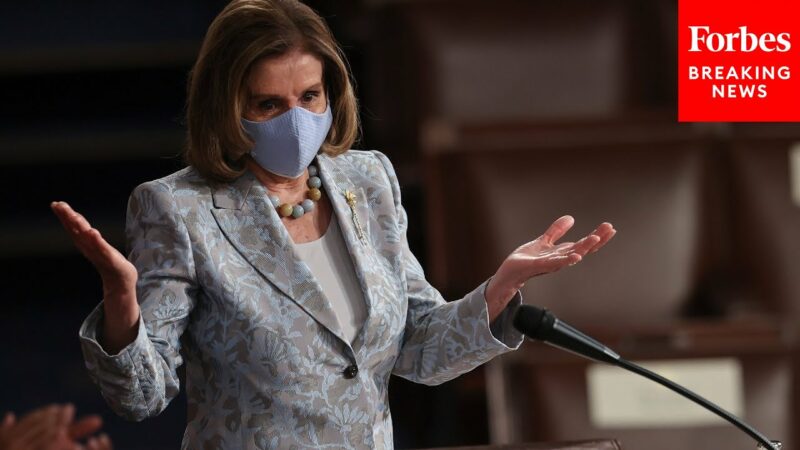 House Speaker Nancy Pelosi Sunday said House Democrats will pass the bipartisan infrastructure bill this week and come to an agreement on their $3.5 trillion reconciliation package, even though there are huge differences between moderates and progressives.

Her comments came as the leaders of the Democratic party’s moderate and progressive sides seemed to make small concessions after a week of neither side budging.

“Let me just say we’re going to pass the bill this week,” Pelosi said on “This Week” about the infrastructure bill. “But you know I’m never bringing a bill to the floor that doesn’t have the votes. And I think any time you put in an arbitrary date… you cannot choose the date, you have to go when you have the votes.”

The House speaker also said that Democrats will “absolutely” need to come to an agreement on the reconciliation package before the infrastructure bill can pass, alluding to House progressives who say many of their members will vote against the infrastructure bill without assurances on reconciliation. “It’s all the wonderful legislative process that we have,” Pelosi said, dismissing comments from “This Week” anchor George Stephanopoulos about how daunting Democrats’ legislative task is.

“Building Back Better has the support of over 95% of our caucus…. There are some who disagree and I respect that about the size of the package, and a couple in the Senate as well,” she continued. “And we have to find our common ground, respectful of each other’s views … this isn’t about moderates versus progressives.”

Pelosi may have gotten a small victory Sunday when the top moderate in the House and the chamber’s top progressive both gave a little on their demands, possibly giving Pelosi the opening she needed on the two major bills.