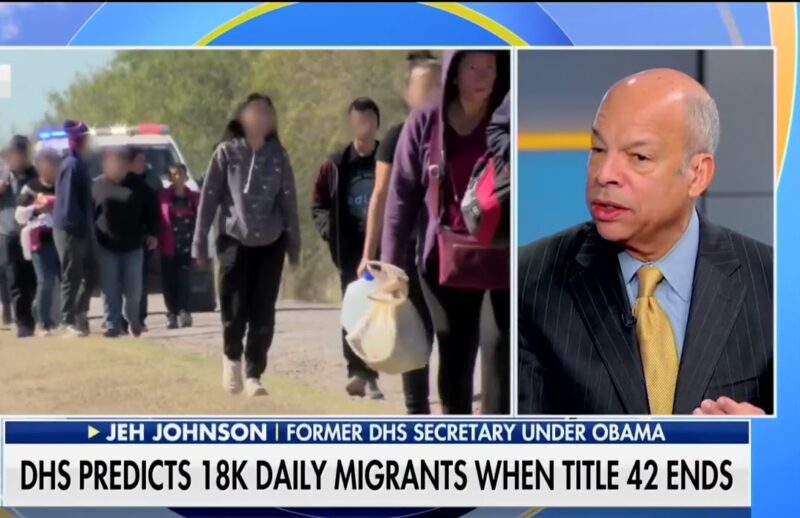 Former President Barack Obama’s Department of Homeland Security (DHS) Secretary Jeh Johnson said he would not have ended Title 42 at a time when migration is typically higher.

The Centers for Disease Control and Prevention announced that the Trump-era public health policy responsible for over 1.7 million migrant expulsions will end on May 23.

Johnson said Sunday that it would have been better for the policy to end in July when migration traditionally slows down with the hot summer weather.

“I would’ve argued that we should keep in place just a little while longer, until perhaps July, when these numbers do tend to slow down in the hotter weather … ” Johnson said.

The order was going to end “some time” as courts have increasingly questioned the policy, he added.

The White House says its preparing contingencies for an expected border surge come May 23.

Border authorities are also preparing for the anticipated 8,000 border crossings a day when Title 42 ends. Asylum seekers will now be processed under Title 8, which essentially means that migrants will be released into the interior of the country.

Let them in, as long as they all go to DC.