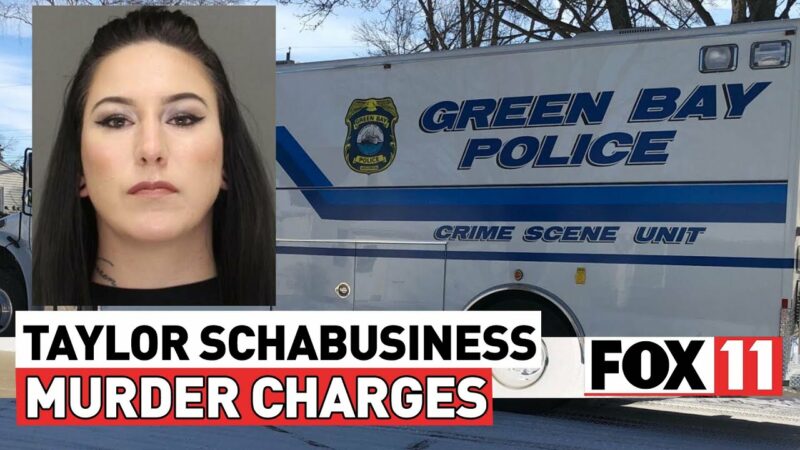 A Wisconsin woman decapitated her partner’s head during a night of hardcore sex, then hid his severed penis in a bucket, according to authorities.

Taylor Schabusiness, 24, of Green Bay, Wisconsin, was arrested and charged with first-degree intentional homicide, mutilating a corpse, and third-degree sexual assault. Her bail was set at $2 million.

Police were called to the home of a woman on Feb. 23 who said she had found her son’s severed head in a bucket.

Officers did find a horrifying scene, a severed head, and penis, and when they searched Schabusiness’ van, they also found “additional human body parts including legs,” according to the police report.

Schabusiness told police that they were going to have fun trying to find all of the victim’s organs because she had dismembered the body, according to the complaint.  Schabusiness initially stated that all of the body parts should be in the basement but then said there should be a foot or a leg in the minivan.

In the criminal complaint, prosecutors said Schabusiness and her boyfriend smoked methamphetamine together on Feb. 23. They began a sexual encounter that included Schabusiness choking him with a chain and eventually strangling him with her bare hands.

Schabusiness commented to detectives “asking if they knew what it was like to love something so much that you kill it.”

It was unclear from the complaint exactly when the victim stopped breathing; Schabusiness estimated that it took 3 to 5 minutes from when she began choking him but she wasn’t sure because she had blacked out at some point.

She told authorities that she had used knives that she’d found in the kitchen to butcher her boyfriend and that a bread knife had worked the best because of the serrated blade. She casually said the knives should be in the black bag with some body parts in the basement.

Women can be scary, but this one is over the top!