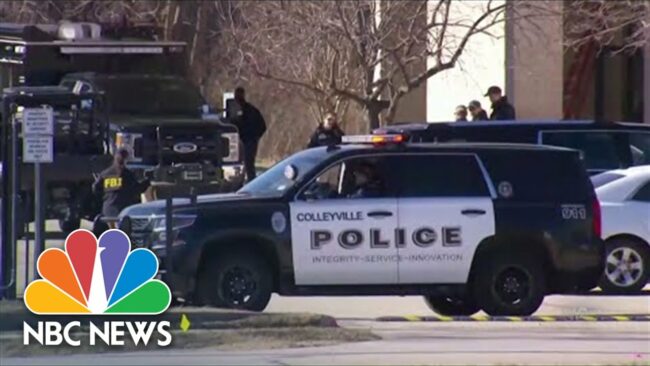 White House national security adviser Jake Sullivan said Sunday that the hostage situation at a Texas synagogue on Saturday was an act of “terrorism” and “anti-Semitism.”

Sullivan made the comments even though the FBI had said earlier there were no indications that the hostage situation at the Congregation Beth Israel in Colleyville was directed at the Jewish community.

“It’s too soon to tell at this point what the full parameters of this act of terrorism, this act of anti-Semitism, were,” Sullivan said. “We have the Department of Homeland Security, the FBI and law enforcement and intelligence agencies working intensively to get a full picture of what this person’s motives were and whether or not there are any further connections. So I will leave it to the professionals to continue the work today and as we have more information we will share it.

“But I do think we should all take a moment today to pay tribute to the local, state, and federal law enforcement officers who acted bravely, professionally, and effectively to rescue those hostages and bring this situation to a safe conclusion,” he continued. “They are heroes and they deserve our support. And we all should also raise our vigilance against acts of terrorism, acts of anti-Semitism, particularly at synagogues and places of worship in this country.”

The hours-long hostage incident ended Saturday night with the hostages safe and the suspect dead, according to authorities. The hostage-taker, a British national, had demanded the release of Aafia Siddiqui, a Pakistani neuroscientist who is currently serving an 86-year prison sentence in Texas after being convicted in 2010 on charges of shooting a U.S. military officers while being detained in Afghanistan two years earlier.

FBI Special Agent in Charge Matt DeSarno had said the captor was focused on a specific issue not directly connected to the Jewish community and there was no indication that the incident was part of a bigger plan.

President Biden seemed to agree with Sullivan in a statement late Saturday, saying, “There is more we will learn in the days ahead about the motivations of the hostage-taker. But let me be clear to anyone who intends to spread hate—we will stand against anti-Semitism and against the rise of extremism in this country. That is who we are, and tonight, the men and women of law enforcement made us all proud.”

Vice President Kamala Harris said in a statement Sunday morning: “While we will learn more about the hostage taker’s motivation, we know this: what happened yesterday at Congregation Beth Israel is a reminder that we must speak up and combat antisemitism and hate wherever it exists.”